In Ruby and Sapphire, it appears there is a couple of new sets of villains...possibly replacing Team Rocket. Team Aqua and Team Magma have got the ambition to capture Kaiorga and Groudon for their powers respectively. Here is the artwork for these two:

Not much details are known about them yet, but it appears you will have to battle them. We expect for you to come in contact with Team Aqua more in Sapphire and Team Magma more in Ruby since they are chasing the main Pokémon of the game. It is expected that they will grow as trainers as you do, heres an in and out of battle screenshot, it also appears that they all have a Pochena so that may make them easier to beat: 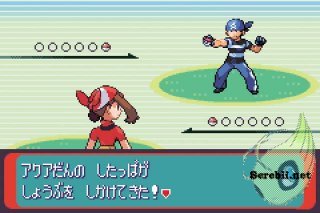 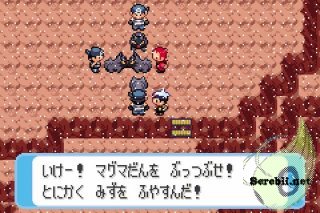 That is all that we know about them for now