Ash and his friends stop to eat lunch in a forest on their way to Mistralton City. While everyone is eating, Oshawott steals some of Tepig's food. Tepig angrily knocks Oshawott over and they begin fighting each other. Ash and Pikachu step in to break the fight up. A group of Bouffalant charge towards everyone. They run away but a Bouffalant again charges to create an explosion that separates the whole group. Ash, Cilan, Emolga, Pansage, Scraggy, Pikachu and Excadrill end up on one side of the forest, while Iris, Snivy, Axew, Oshawott, and Tepig are on the other side of the forest. Ash looks up Bouffalant on the Pokédex which explains that Bouffalant charges and headbutts everything that invades their habitat. While trying to reunite with everyone, Emolga goes up into a tree to eat an apple and Cilan explains to her that she must stay together with the group so they don't become separated.

While heading out to the field outside of the forest, Oshawott trips over Tepig and they begin fighting again. Iris and Axew break them both up. Nurse Joy, with her Audino, approaches them and Iris questions her about her hairstyle choice. Nurse Joy explains that it is a wig to protect her from the Bouffalant. She tells the story of how some lost travelers were being chased by some Bouffalant. Only one of the travelers wasn't harmed, and that person was the only one wearing an afro. Nurse Joy told them that there should have been a warning sign on their way to the forest, but they didn't see any and she suggests that maybe it was destroyed. Nurse Joy suggests that they wear afros and hands them out. Iris and Axew aren't very pleased at first about having to wear an afro. Oshawott and Tepig glance at each other and laugh about each other's wigs. Snivy uses Vine Whip to try and prevent Nurse Joy from putting an afro on her. The yellow afro was given to Axew, red to Iris, purple to Oshawott, green to Tepig, and pink to Snivy. Suddenly a Bouffalant charges towards them. Bouffalant checks out all of their afros, noticing that Snivy isn't wearing one and charges towards her. Nurse Joy forcefully puts an afro on Snivy so that Bouffalant won't hurt her. Bouffalant comes to a complete stop before hitting everyone and makes sure they are wearing afros. Bouffalant was satisfied and walked away. Nurse Joy explains that she is in the forest to check for any hurt Bouffalant since they are know to Headbutt each other.

Once Nurse Joy leaves, Tepig and Oshawott glance at each other and laugh. They begin to fight each other again, this time with Flamethrower and Water Gun. Oshawott's Water Gun sends Axew flying and he lands on a Bouffalant who begins charging towards a group of Bouffalant. Iris recalls what Nurse Joy said about Bouffalant headbutting each other and imagines Axew being crushed. Axew lands in the grass surrounded by Bouffalant and becomes terrified of trying to pass them by. Axew falls into a bush and the bush creates an afro on Axew's head. With the bushy afro on, Axew passes the Bouffalant by and goes into the forest.

Meanwhile, Nurse Joy runs into Ash and Cilan and lets them know that she ran into Iris and the others. Ash questions Nurse Joy about her hairstyle as well. Nurse Joy tells them the same information that she told Iris. Cilan suggests that the afro hairstyle makes the Bouffalant believe that they are their friends so they won't attack anyone wearing the afros. Nurse Joy hands everyone their own afros. The orange afro was given to Ash, red to Cilan, light green to Scraggy, blue to Pikachu, purple to Excadrill, and pink to Emolga. Pansage's busy head was changed to look like an afro. Ash and Pikachu aren't very sure about the afros at first though Emolga and Cilan loved their afros.

Axew enters the forest and runs into both a Sewaddle and a Pidove. Axew touches Sewaddle, and Pidove steals the afro Axew is wearing. A Bouffalant begins to charge and chase Axew across the field. Iris blames Oshawott and Tepig's fight for being the reason Axew is in danger. Snivy uses her Vine Whip to make an afro out of a bush and places it on Axew's head. Bouffalant stops charging and walks away, while Snivy uses her Vine Whip to bring Axew back to the group. A Bouffalant heads towards Cilan and Ash's group to check that they are wearing afros and walks away. While continuing to search for the others, Iris finds an injured Bouffalant. Iris says that she has to find medicinal plants and finds them on the side of a mountain. She tries to climb up but can't reach the plants. Snivy tries to use Vine Whip, and Oshawott tries Water Gun but they both cannot reach the plants. Tepig tries to use Flamethrower but Oshawott knocks him down. Tepig and Oshawott begin fighting again with Snivy having to break it up. They come up with a plan to retrieve the plant. Snivy uses her Vine Whip to throw Oshawott and Tepig high into the air with Tepig using Flamethrower to to send them much higher to be able to reach the plants. Oshawott uses Razor Shell to cut the plants, grabs them, and Snivy grabs them both so they safely reach the ground. Iris tells them that they did a great job and that by using teamwork they were able to get the job done. Iris mixes the plants to make the medicine and applies them and a bandage to Bouffalant's leg. Iris gives Bouffalant some water to drink, an Oran Berry, and tells it that it will feel better soon.

Without afros on their heads, Iris and the others are chased by a few Bouffalant and are cornered. Iris tries to jump on Bouffalant while it's using Wild Charge and gets shocked causing her hair to become big and frizzy like a big afro. The Bouffalant leave her along but charge towards the Pokémon instead. The injured Bouffalant steps in before the Pokémon could prepare their attacks and tells the Bouffalant not to harm its friends after they healed its leg. Everyone reunites with each other and heads across the bridge and meets Nurse Joy there. A Bouffalant warning sign they had never seen before was on the other side of the bridge. Everyone hands their afros back to Nurse Joy even though Emolga was reluctant to give hers back. Iris remembers to change her afro hair back to the way it normally looks. Ash asks Iris if Oshawott and Tepig behaved, and she tells him that they were just fine.

Special Thanks to Gaylen50 for writing these for us 404 Error 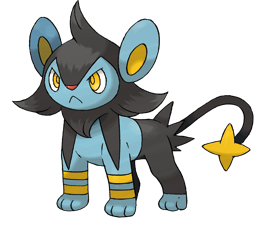 Unfortunately this page does not exist. If you believe this page is one you are meant to see, E-mail me By Clicking Here, letting us know the page you came from and what link was clicked.