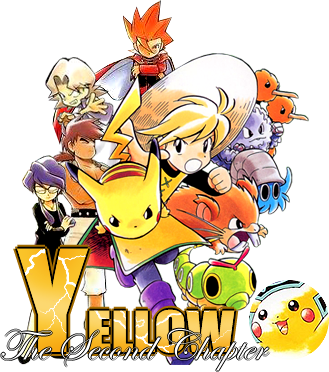 It has been two years since Red claimed championship at the Pokemon League Tournament. One day, he received a challenge request from Bruno of the Elite 4, and went missing afterwards. When his battered Pikachu showed up at Prof. Oak's Science Lab, a strange young trainer in straw hat named Yellow appeared before the unsuspecting professor, and claimed to be on a quest to find Red. Despite his doubts, Oak allowed Yellow to set out with Pika, after witnessing the young trainer's mysterious healing powers.

It soon became clear that the Elite 4 were behind Red's disappearance, and Yellow must find a way to evade their ambush while seeking clues that could lead to Red's whereabouts. This could prove difficult as Yellow was not a particularly skilled Pokemon trainer...