Puzzle League
- 9-30-2000-9:19-EDT - Serebii I am working on upgrading the Puzzle League sections with walkthroughs, cheats etc. There isnt much else news today except later on I will have today's new episode's synopsis Later. Dont forget to visit my host on its birthday (today)

I have a new affiliate. One of my host's hostees: Also it is 's birthday tomorrow so pay them a visit

Thats right, Subscribbers of Ninetendo Power have recieved 21 official names. I have got a few of them but I will add the ones I do to the GS Names Section:

You heard it right. I have added these to the GS Names Section

THe Fan Art Section has been updated with 4 new pics. Not much else new today except Pokémon has fallen to 10 in the Lycos chart

Well Puzzle League for the N64 was released Yesterday in the US, and I have got some (well 55) shots from it, they should be up tomorrow. I have also found this cool little Umbreon from Crystal. As you already know they are animated in Crystal so here it is next to the Cyndaquil one:

I have added Psyduck and Birthday Pikachu to the Promo section

I hope you saw yesterdays episodes, I know I didnt. Anyway Lugia sent in the Synopsis again for both episodes

Sorry for not updating yesterday, I was very busy

Well Arent you lucky. I found these out from someone who went to the GS Tour thing (It isnt going to happen here until April. But I am getting GS Imported). I have updated the GS Names Page With this info and all previous

So what is the name of this. If you have seen more official names FROM THE TOUR, Please E-mail me and I will add them

Well here they are. (Not all) As you can see, your buddy Serebii always gets it right

Well I will give you more as they are released

But I have added 7 Banners to the Lnik To Us Section:

Go to the forums tho

Thats right I have 32 Johto Series pics that i took myself. Go to the forum for it. Note. There are 32 to load amongst other things. Just be warned. BTW Register at the forums whilst you are there
In other news. Lugia and I have been working on a new Gold/Silver Walkthrough. Plus you know as soon as it is release I will have a Crystal Walkthrough.

Hello and welcome to SPP! I just got a Sabrina's Gengar and a Rocket's Training Gym today. I have these 2 cards in japanese too. WotC did something really dumb. In Sabrina's Gengar, they took out the grave yard! The picture looks very bad in the background now, but, in Rocket's Training Gym, they left the blood on the walls! It is amazing on how dence WotC can be...
-
Ninetales3001

ALl the New GS Towns have been given names:


As you can see this time the towns are named after plants and not colors this time round. Strange that.

I made these pictures and they can only be taken if you link back to me. I will have more soon

I added Synopsis for todays 2 new episodes so check it out. Also Meowth's PArty was no-where to be seen. Maybe they are saving the new endings for the Johto Journeys

I have updated the Promo Section With the New Promos From 19 - 28. I have Japanes Pics of 24-28 tho until I can get better ones

Well I have uploaded all the 3d Pics but I havent done the HTML. I managed to find the pictures of the 9 card Pikachu Promo Set:

I was also given 7 pics from the Movie 2001 Trailer. Thanks to Lugia for the pics: 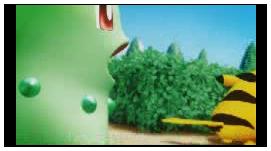 I am currently working on a 3d section, so far it has been going well so It should be up by Sunday.

The Episode Guides are still coming, you just have to wait a little Longer for them

Well I have gotten some cool news about promos starting soon. Here is a list of them:

OK as most of you know, the new series of the Anime has started so I will try and finish the episode guide by the time that you see New Bark town: Where the WInd Blows (OCtober14th for Americans. February for me :-() You may have seen adverts Showing the new Pokémon.

Well there isnt really much news except I have gone back to school meaning more work for me.

Well As you can see, we are now on a domain meaning......I can host sites. Well I have uploaded everything except most of the Cards so you will have to wait aa few hours for them. I have fixed the errors around the site and also I have a nifty 404 error Page Well I will speak to you tommorrow