Polteageist, The Black Tea Pokémon. This species lives in antique teapots. Most pots are forgeries, but on rare occasions, an authentic work is found. Leaving leftover black tea unattended is asking for this Pokémon to come along and pour itself into it, turning the tea into a new Polteageist. Trainers Polteageist trusts will be allowed to experience its distinctive flavor and aroma firsthand by sampling just a tiny bit of its tea. When angered, it launches tea from its body at the offender's mouth. The tea causes strong chills if swallowed.

While drinking tea is an old fashioned tradition to be respected at 4 o'clock, Polteageist has no need for parlay. It's base 134 Special Attack is huge and it also has a great Special Defense stat but other than that, its stat distribution is mediocre. However, what sets Polteageist apart is its access to Shell Smash which allows Polteageist to increase its average Speed stat to outstanding levels and attempt to start a sweep. However, this is were the praise ends for both forgery and authentic cups due to how fragile they are. After all, it takes a Sucker Punch to break expensive porcelain dishes into pieces. It's moveset is also quite limited since its only coverage options are Stored Power or Giga Drain which leaves Polteageist at the mercy of Dark types who resists its coverage like Bisharp or Incineroar.
Positives
A humongous base 134 Special Attack allows Poltegeist to hit very hard with its STAB Shadow Ball and becomes quite threatening to face specially after a Shell Smash boost.
It's base 114 Special Defense grants decent special bulk making it harder for foes like special Dragapult to revenge kill without previous damage.
Access to Shell Smash is what makes Polteageist shine since it raises its average Speed stat to outstanding levels while powering up Stored Power.

Negatives
Without a Shell Smash boost, Polteageist's base 70 Spe leaves a lot to be desired.
It's weak Defense stat makes it easily revenge killed by priority moves from Pokemon like Mimikyu and Bisharp.
Without dedicated team support, Polteageist struggles to make an impact on a match.

Thanks to Shell Smash, Polteageist is able to increase its already high Special Attack to sky high levels and allows it to act as a great late-game sweeper. Shadow Ball is Polteageist' main weapon to deal damage. After a Shell Smash, Stored Power becomes a base 140 power move allowing it to hit Pokemon like Venusaur and Toxapex extremely hard while retaining excellent neutral coverage against target like Snorlax. On the other hand, Baton Pass will give its boosts to another recipient who will definitely take advantage of its stat increases. Giga Drain is the move needed to prevent Tyranitar from walling this set while hitting Pokemon like Milotic, Seismitoad and Keldeo for super-effective damage.

DYNAMAX:
If your team has Screen or Veil support to provide Polteageist with, it can definitely take advantage of Dynamax not only to increase its bulk but also deal more damage. Max Mindstorm sets Psychic Terrain which hugely benefits Polteageist protecting it from priority attacks. Max Overgrowth powers up Giga Drain even further and lets Polteageist destroy Tyranitar, specially after a SS boost. Weak Armor also works incredibly well with Dynamax, further bolstering Stored Power, since due to the increased bulk, its chances of surviving physical attacks are higher, specially under screens.

EV and Item Description:
Max Special Attack and Speed is what Polteageist needs in order to increase its chances of sweeping while outspeeding as many threats as possible after a Shell Smash boost. With a Timid nature, Polteageist is guaranteed to outspeed Modest Venusaur in the Sun and fast Scarf users like Flygon. Modest is also an option to increase its damage output but the lower Speed isn't generally worth it.

Grimmsnarl: Access to priority Screen support thanks to Prankster makes it one of the most valuable partners for Polteageist since it increases its chances to sweep and effectively use Dynamax thanks to the extra bulk.
Alolan Ninetales: While Poltegeist doesn't really appreciates Hail, Alolan Ninetales is able to lift Aurora Veil which increases Polteageist's longevity throughout the match while being able to keep Umbreon at bay thanks to Encore and its STAB Moonblast.
Lapras: While it can't provide Veil support without its G-Max move, this still makes Lapras an excellent teammate since it doesn't summons a hail storm.
Indeedee: Thanks to Psychic Terrain, it makes an excellent partner for Polteageist due to its ability of granting immunity to priority attack such as Shadow Sneak and Sucker Punch which would otherwise end Polteageist's sweep prematurely.
Kommo-o: As a secondary screen sweeper, it pairs very nicely with Polteageist since it has access to STAB Fighting attacks allowing it to keep Pokemon like Bisharp, Umbreon and Tyranitar at bay. It can also set-up Rocks for Polteageist which increases the amount of OHKOs it can obtain after a Shell Smash boost.
Terrakion: Access to Justifies and resistance to Dark will make Pokemon like Weavile or Bisharp to think twice on using their attacking moves. As a screen sweeper, it has an excellent offensive synergy with Polteageist since due to its great Speed tier, it can punch holes through the opponent's team allowing Polteageist to sweep.

Will-o-Wisp can be used to cripple switch-ins such as Bisharp, but Polteageist is already strained for coverage due to its poor movepool which makes it an unappealing option.
Substitute deserves a mention since it protects Polteageist from status ailments, but just like the statement above, Polteageist appreciates much more having a coverage move rather than using a status move.

Grimmsnarl has access to Prankster Thunder Wave which heavily hinders Polteageist and access to a strong STAB in Darkest Lariat or False Surrender, it will easily smash Polteageist. Priority users such as Bisharp and Mimikyu will be easily able to check Polteageist and halt its sweep. Thanks to Sucker Punch, it can easily revenge kill Polteageist and it also resist both Grass and Ghost which makes it a reliable switch-in. Mimikyu will be able to check Polteageist at almost any time as long as its Diguise is intact. Bulky Pokemon like Snorlax on a worst case scenario can eat a Stored Power and OHKO in return with Darkest Lariat. Be mindful that without this move or under screens, Snorlax is at risk of activating Weak Armor and allow Polteageist to defeat it without Dark coverage. 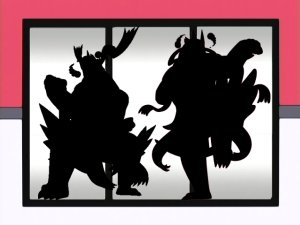 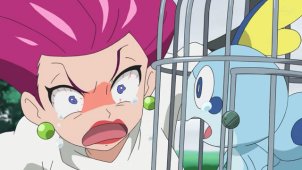 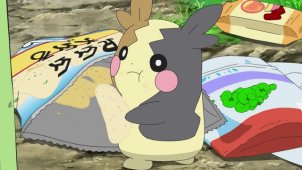