This update may be amended throughout the day so be sure to check back. If you have any ideas for the site, be sure to send them in
With the generation continuing, the Chatroom has been rife with discussion while the WiFi Chatroom has been a place for battles, trades and Friend Safari hunting, so be sure to visit them. Our Forums have also had these discussion and are a bustling trade and competitive section for the games. Be sure to like our FaceBook Page.
Last Update: 07:40 GMT
Edit @ 05:08: ORAS Gift Pack | Edit @ 07:17: Pikachu Event | Edit @ 07:40: Shuffle Events 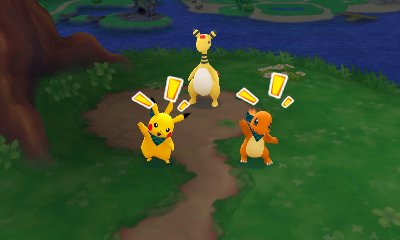 For those of you in North America, Pokémon Super Mystery Dungeon is now available on the Nintendo 3DS eShop and is available at retail today. This game is the latest Pokémon Mystery Dungeon game and features over 120 dungeons and all 720 currently available Pokémon. We covered this game in full on its release in Japan this September so our section contains much of the information about the game. However, we are going to be adding localisations for the game throughout the weekend so contact us if you see anything that needs updating.
In addition to this, if you purchased the game off of the Nintendo 3DS eShop, you will get a code to get you the special Pokémon Super Mystery Dungeon theme if you purchase the game before December 6th 2015. If you go for a retail version, you'll find the code for this on the reverse side of the game's cover sleeve. The theme has to be redeemed by October 31st 2016 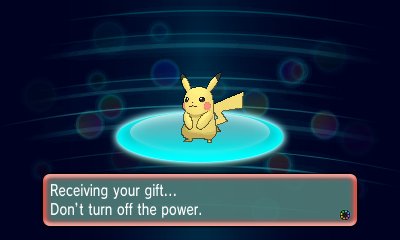 A new event has been announced for Japan. As part of the celebration of the Pokémon With You campaign from December 20th 2015, a special Pikachu will be distributed in Fukushima. This Pikachu is Level 99 with a Souvenir Ribbon and comes with the moves Happy Hour, Play Nice, Hold Hands & Flash and holds a Rare Candy 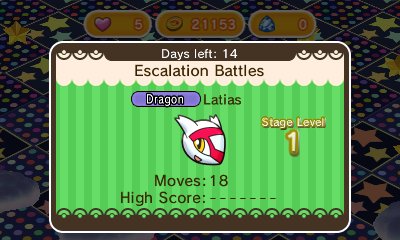 A few brand new challenges have been announced to come to Pokémon Shuffle and Pokémon Shuffle Mobile soon through the Japanese Pokémon Daisuki Club newsletter. In this, it confirms that a Latios Escalation Battle stage is to come to the Nintendo 3DS version while also confirming that the Latias Escalation Battle stage will come to Pokémon Shuffle Mobile at the same time. Details on when these will come have yet to be confirmed but based on them being in the newsletter, it is likely soon 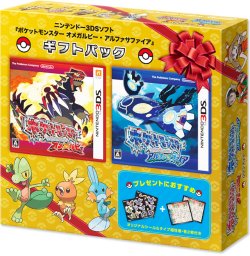 A special gift pack for Pokémon Omega Ruby & Alpha Sapphire has been revealed for Japan. From December 10th, people will be able to purchase a special gift pack that contains both of the games. This gift pack also comes with two special gifts. First is a sheet of stickers of the Mega Evolutions & Primal Reversions used in the game, specifically Sceptile, Blaziken, Swampert, Latios, Latias, Groudon, Kyogre & Rayquaza. Second, it also comes with a special type compatibility chart. It will cost 6,500¥