This update will be updated throughout the day. If you have any ideas for the site, be sure to send them in
With the new generation upcoming, and the Chatroom has been rife with discussion while the WiFi Chatroom has been a place for battles, trades and Friend Safari hunting, so be sure to visit them. Our Forums have also had these discussion and are a bustling trade and competitive section for the games. Be sure to like our FaceBook Page.
Last Update: 19:42 BST
Edit @ 19:42: Volcanion Event 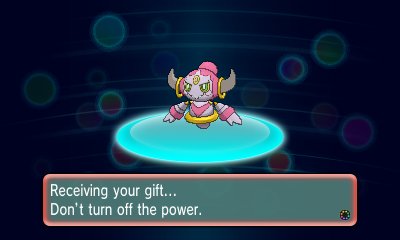 A new second chance event has begun in North America. This gets you the Mythical Pokémon, Hoopa and is obtained by the special shared Serial Code 2016HOOPA. It's currently unknown when the code will run to so be sure to get it while you can. It comes with the Smoke Ball and the moves Hyperspace Hole, Psychic, Astonish & Nasty Plot. Our Event Database has been updated with the details of this event
Edit @ 18:33: Confirmed to end on Sunday October 9th 2016 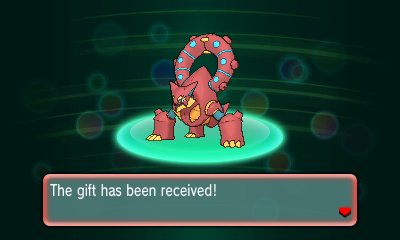 For those of you in Canada, it has been confirmed that the Mythical Pokémon, Volcanion, is to be distributed in a timeframe mirroring the US distribution. It will be given at EB Games stores from October 10th 2016. We'll provide more distribution announcements as they come so keep checking back