This update may be amended throughout the day so be sure to check back. If you have any ideas for the site, be sure to send them in
With the generation continuing, the Chatroom has been rife with discussion while the WiFi Chatroom has been a place for battles, trades and Friend Safari hunting, so be sure to visit them. Our Forums have also had these discussion and are a bustling trade and competitive section for the games. Be sure to like our FaceBook Page.
Last Update: 16:12 GMT
Edit @ 06:05: Pokťmon Shuffle Events | Edit @ 15:02: 2DS Bundles | Edit @ 15:08: New 3DS US Bundle | Edit @ 15:15: Cover Plates | Edit @ 15:28: Mythical Distributions | Edit @ 16:12: Pokťmon Photo Booth 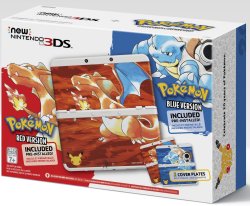 For those of you in the US, a special New Nintendo 3DS bundle has also been announced for the 20th anniversary. This bundle comes packed with two coverplates featuring Charizard and Blastoise as well as Red & Blue pre-installed on the system as well as an exclusive Pokťmon Nintendo 3DS theme. It's not currently known what this theme will include.

Following their announcement in Japan on Christmas, it has now been confirmed that the Pokťmon Red, Blue and Yellow 2DS bundles are to be released in Europe. These bundles contain the coloured 2DSs as well as a copy of the Virtual Console game, a code for a special console theme, most likely matching their Japanese counterparts, and various stickers of Pokťmon. 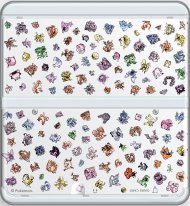 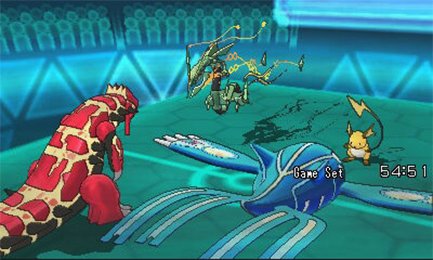 The Special Battle rules for Season 14 have been revealed. Season 14 will run from January 19th 2016 to March 15th 2016 and runs on both X & Y and Omega Ruby & Alpha Sapphire. In this Special Battle ruleset, the VGC 2016 ruleset is being implemented. The base rules for this season are as follows:
Battle type: Double Battle
Pokťmon Restrictions: National Pokťdex.
Pokťmon Limits: Teams may have no more than two of the following Pokťmon: Mewtwo, Lugia, Ho-Oh, Kyogre, Groudon, Rayquaza, Dialga, Palkia, Giratina, Reshiram, Zekrom, Kyurem, Xerneas, Yveltal, and Zygarde.
Banned Pokťmon: Mew, Celebi, Jirachi, Deoxys, Phione, Manaphy, Darkrai, Shaymin, Arceus, Victini, Keldeo, Meloetta, Genesect, Diancie, and Hoopa, Pokťmon not captured or hatched in X, Y, Omega Ruby & Alpha Sapphire
The other standard rules apply, including reduced to Level 50 if above that, and you choose 4 Pokťmon out of your 6, and you cannot have two Pokťmon holding the same hold item. 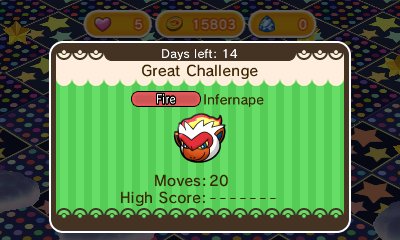 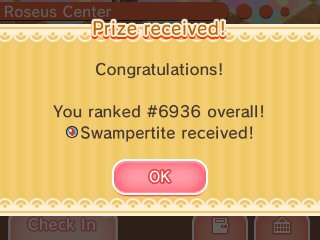 If you were one of the lucky players worldwide who ranked in the Mega Swampert competitive stage over the past week, then the Swampertite is now available to be received. The Disruption Delay, Attack Power and Mega Speedup for the higher ranked players will also be obtained. If you didn't qualify, then you can redeem a Jewel. To get these items, simply Check In between now and January 29th 2016 at 06:00 UTC and you will receive the item.

It has also been confirmed in the 20th Anniversary Press Release that a special app will be released for iPhone and Android devices later this year called Pokťmon Photo Booth. Full details of this app are not currently known, but it is said to help participate in the festivities of the 20th anniversary. We'll bring more as it comes. 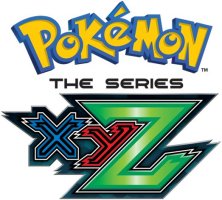 Some new anime news has been revealed. First, the new series of the anime, Pokťmon the Series XYZ is set to air in the US on Cartoon Network from February 20th 2016. In addition to this, throughout the year starting January 19th the various movies are being digitally remastered and released on iTunes, Google Play and Amazon across the world as well as being showcased in various places around Europe