Be sure to check yesterday's update for huge news. This update may be amended throughout the day so be sure to check back. If you have any ideas for the site, be sure to send them in
With the generation continuing and Nationals coming up globally, and the Chatroom has been rife with discussion while the WiFi Chatroom has been a place for battles, trades and Friend Safari hunting, so be sure to visit them. Our Forums have also had these discussion and are a bustling trade and competitive section for the games. Be sure to like our FaceBook Page.
Last Update: 12:00 BST
Edit @ 12:00: Pokťmon of the Week 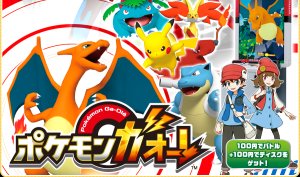 Following the Tokyo Toy Fair 2016, the first trailer has been released for the upcoming arcade game, Pokťmon Ga-Olť. This game follows on from Pokťmon Battrio and Pokťmon Tretta and includes special discs that can also be scanned by Pokťmon Sun & Moon to register Pokťmon in your Pokťdex. We'll continue posting about this game as it comes so keep checking back. 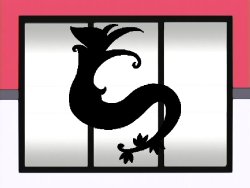 Today marks the one-hundred & thirty-seventh entry into the Generation VI competitive field with a Unova Pokťmon. These entries are created by the visitors for the visitors and then compiled by our writers Miror, Archangel, Ragnarok, Psynergy, EKZ1505 & KillerDraco. To get involved, Click here for the discussion forum
Today, we are covering a Pokťmon introduced in the fifth generation. It only gives its all fighting against strong opponents who are not fazed by the glare from Serperior's noble eyes. It can stop its opponents'movements with just a glare. It takes in solar energy and boosts it internally.They raise their heads to intimidate opponents but only give it their all when fighting a powerful opponent. So, here it is, the one-hundred & thirty-seventh entry, Serperior.