This update may be amended throughout the day so be sure to check back. If you have any ideas for the site, be sure to send them in
With the generation continuing and Nationals coming up globally, and the Chatroom has been rife with discussion while the WiFi Chatroom has been a place for battles, trades and Friend Safari hunting, so be sure to visit them. Our Forums have also had these discussion and are a bustling trade and competitive section for the games. Be sure to like our FaceBook Page.
Last Update: 15:33 GMT
Edit @ 08:50: Pokťmon GO Launch Roll-out | Edit @ 14:12: Pokkťn stage 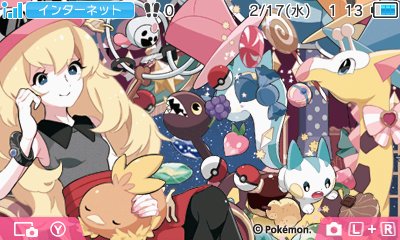 Two brand new themes have been released in Japan. These themes each have a specific focus and Pokťmon theme. The first is the Steven Stone theme announced on Monday for Europe. This theme features Steven Stone and his Pokťmon, as well as some manga imagery with Steven's battle theme for the background. The second is the Pokťmon XY - Heroine theme which features the female protagonist from Pokťmon X & Y. It has the Wonder Trade music from Pokťmon X & Y These are all 200¥ each and the first Steven Stone one will be available in Europe this Friday 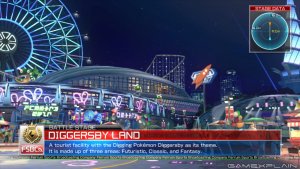 The preview embargo for Pokkťn Tournament has ended and within this, a new stage has been revealed by various outlets such as Gamexplain. This stage is one based on a theme park called Diggersby Land and has not been seen before in various arcade machines or Wii U demonstrations. We'll provide new details as and when they come
Edit @ 15:33: Some new localisations have been released. First off, the trainer revealed on Monday with Braixen is called Elinn while the rest remain the same. In addition to that, the Chrome League in the Ferrum League mode is to be called the Chroma League. Several new images have been added to our pre-release screenshot section

In an interview with the Yomiuri Shimbun newspaper, the launch roll-out for Pokťmon GO has been revealed. In this interview, Tsunekazu Ishihara, head of the Pokťmon Company, says that the app will rollout in Japan, Europe and North America first and then launch in South America, Asia, Africa and the Middle East. No date has been revealed as of yet. In this interview, Mr. Ishihara also stated that they are working on another big project away from Pokťmon GO.
Edit: The article has been retranslated and while there is an implication of staggered launch, it's not absolutely confirmed and still a bit up for interpretation and not confirmed either way. We'll bring more news as it comes.