This update will be updated throughout the day. If you have any ideas for the site, be sure to send them in
With the generation continuing and Nationals coming up globally, and the Chatroom has been rife with discussion while the WiFi Chatroom has been a place for battles, trades and Friend Safari hunting, so be sure to visit them. Our Forums have also had these discussion and are a bustling trade and competitive section for the games. Be sure to like our FaceBook Page.
Last Update: 10:02 BST
Edit @ 08:59: Nintendo Badge Arcade | Edit @ 10:02: Sun & Moon News

It has been confirmed that the next batch of Pokťmon Sun & Moon information is to be released on the official sites on July 1st at 22:00 JST, which is 14:00 BST, 15:00 CEST, 09:00 EDT & 06:00 PDT. It's not currently known what information will be revealed at this time but be sure to keep checking back for news

Battles for the next Battle Competition has begun. This is the 2016 International Challenge June competition. This competition is a Double Battle competition and runs the current VGC rules. These rules allow for you to use two of the box Legendary Pokťmon: Mewtwo, Lugia, Ho-Oh, Groudon, Kyogre, Rayquaza, Dialga, Palkia, Giratina, Reshiram, Zekrom, Kyurem, Xerneas, Yveltal & Zygarde. Battles run from June 24th through June 26th. All entrants get 2000 PokťMiles. It also gives Championship Points to the top players. Championship Points table included in the Battle Competitions page 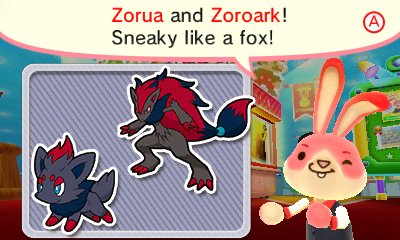