This update will be updated throughout the day. If you have any ideas for the site, be sure to send them in
With the new generation upcoming, and the Chatroom has been rife with discussion while the WiFi Chatroom has been a place for battles, trades and Friend Safari hunting, so be sure to visit them. Our Forums have also had these discussion and are a bustling trade and competitive section for the games. Be sure to like our FaceBook Page.
Last Update: 07:48 BST
Edit @ 06:09: Sun & Moon Distributions | Edit @ 07:48: Nintendo Badge Arcade 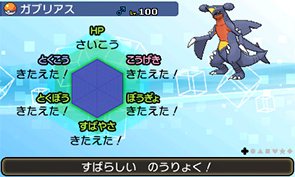 Some distributions have been announced for Pokťmon Sun & Moon in Japan. First, with the Pokťmon Sun & Moon World's Fastest Capture Guide on November 28th, it will come with a special QR Code which will allow for you to easily find where Togedemaru is in the wild. It also confirmed that the special Moncolle GET figures will come with QR Codes that will let you easily find the Pokťmon in the wild. Secondly, with the Pokťmon Sun & Moon Official Guide Book, it has been confirmed that you will receive a serial code for a Gold Bottle Cap and confirms that the Gold Bottle Caps will boost the IVs to maximum. We'll bring more as they come

Battles for the next Battle Competition has begun. This is the Unova Classic competition. This competition is a Triple Battle competition and runs unique rules. These rules allow for you to use Pokťmon in the National Pokťdex from 001-649 aside from Mewtwo, Mew, Lugia, Ho-Oh, Celebi, Kyogre, Groudon, Rayquaza, Jirachi, Deoxys, Dialga, Palkia, Giratina, Phione, Manaphy, Darkrai, Shaymin, Arceus, Victini, Reshiram, Zekrom, Kyurem, Keldeo, Meloetta & Genesect. No Mega Stones are allowed. Battles run from August 26th through August 28th.
All entrants get a Level 35 Darmanitan based on N's Darmanitan. It has the ability Zen Mode and the moves Thrash, Belly Drum, Flare Blitz & Hammer Arm 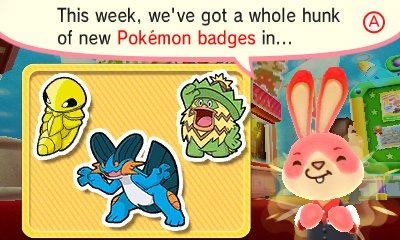