This update may be amended throughout the day so be sure to check back. If you have any ideas for the site, be sure to send them in
With the new generation out, the Chatroom has been rife with discussion while the WiFi Chatroom has been a place for battles, trades and Friend Safari hunting, so be sure to visit them. Our Forums have also had these discussion and are a bustling trade and competitive section for the games. Be sure to like our FaceBook Page.
Last Update: 21:47 GMT
Edit @ 11:05: 3DS Themes | Edit @ 21:47: Pokťmon GO New Year Event

The next Battle Competition has been announced. This is the Alola Friendly competition. The rules for this competition have yet to be announced but we'll update as soon as they come. Resgistration will be open from January 19th at 00:00 UTC to January 26th 23:59 UTC and battles will run from January 27th through January 28th. We'll bring full details as they're announced so be sure to check back 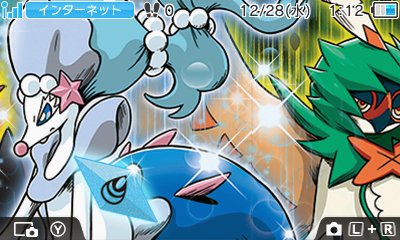 Following their reveal over the last few days and subsequent release in Japan and North America, the two new Nintendo 3DS themes are now available in Europe. These two themes focus on the starter Pokťmon of the Alola Region. The first is the Pokťmon: Adventure Partner which features artwork of Litten, Popplio and Rowlet adorning both screen. It has the music Your Home from Pokťmon Sun & Moon
Secondly is the Pokťmon: Full Power Z-Moves which features a panorama of Decidueye, Incineroar, Primarina and Pikachu and has the Battle Royal music from Pokťmon Sun & Moon. Both will cost £1.79/Ä1.99 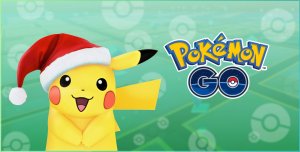 The second leg of the Holiday 2016 Pokťmon GO event has begun. In this event, which runs until January 8th, the Starter Pokťmon of Kanto and their evolutions will be more common to find. In addition to this, Lure Modules will now last 60 minutes rather than 30 minutes for the duration of the event.
Finally, continuing on from the special boxes over Christmas, three special Boxes can be purchased with coins that give a bundle of items
Bronze Box - 460 Coins - 100 PokťBalls & 8 Lure Modules
Silver Box - 980 Coins - 8 Incense, 8 Lucky Eggs & 8 Lure Modules
Gold Box - 2480 Coins - 50 Great Balls, 25 Incense, 25 Lucky Eggs, 16 Lure Modules