This update may be amended throughout the day so be sure to check back. If you have any ideas for the site, be sure to send them in
With the new generation out, the Chatroom & Discord Chat has been rife with discussion while the WiFi Chatroom has been a place for battles & trades, so be sure to visit them. Our Forums have also had these discussion and are a bustling trade and competitive section for the games. Be sure to like our FaceBook Page.
Last Update: 04:39 GMT 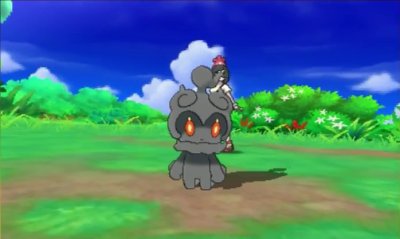 The 802nd Pokťmon, Marshadow, has been revealed in order to tie in with the upcoming movie, Pokťmon! I Choose You! Marshadow is a Fighting/Ghost-type Pokťmon and will be distributed at a later point. We'll bring full details as and when it comes so be sure to keep checking back 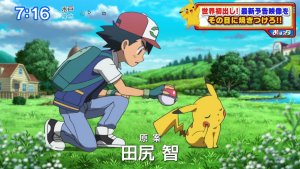 The second full trailer for the movie, Pokťmon I Choose You has been released and with this, the Mythical Pokťmon Marshadow has been revealed. This trailer showcases more of the movie and how it deviates from the original plotline. We're currently translating more about the movie so be sure to check back
04:39: The characters that travel with Ash in this movie are:
Soji - Partner Pokťmon: Lucario - A young male Trainer aiming to become a Pokťmon Professor. His catchphrase is "Be advised that...".
Makoto - Partner Pokťmon: Piplup - An energetic and masculine girl Trainer. She appears to enjoy adventures, but the truth is...
Bonji - A researcher that has chased after Ho-Oh for a long time. The author of "My Life is Ho-Oh".
Cross - Partner Pokťmon: Incineroar - A boy that believes strength is everything and that aims to become the ultimate Trainer.
05:34: The official summary has been translated courtesy of Adamant

To all Pokťmon fans: This is the story of the duo's "meeting" and "promise". This is the creation of the 20th anniversary movie! Pocket Monsters, or "Pokťmon" for short: Mysterious lifeforms that hide many secrets. There are still many things we don't know about their ecology. Even today, Pokťmon Trainers continue their adventures with the aim of encountering Pokťmon never before seen...

Ash, a boy living in Pallet Town, greeted the morning of his 10th birthday, the day he could become qualified to become a Pokťmon Trainer. Ash's heart was filled with a desire for Pokťmon he has never seen before and a world he has never seen before, but while he was meant to be given a Pokťmon that would become his partner at the Oak Laboratories, he ended up severely oversleeping, and all that was left for him was a single Pikachu, a Pokťmon that did not get attached to humans. "Do you hate me? I like you!" Even though the two were at odds with one another, their friendship deepened little by little, and as they looked up at the legendary Pokťmon Ho-Oh that flew through the sky on the day they set off, Ash and Pikachu swore an oath as they held one of its Rainbow Wings: "Let's go meet it together one day!" And thus, Pikachu and Ash, who set off on his journey to become the world's greatest Pokťmon Master, end up meeting the Trainers Makoto and Soji on their way before getting told a legend concerning Ho-Oh.

"Those who, guided by the Rainbow Wing, meet with Ho-Oh, shall become the Heroes of the Rainbow." Ash and the others end up getting guided by Marshadow, a mysterious Pokťmon that had been lurking in Ash's shadow without anyone realizing, and make their way to Mount Tensei, where Ho-Oh lives, but a strong opponent appears before them. Will the duo manage to reach Ho-Oh?! In order for them to fulfill the promise they swore on the day the departed, the two of them now begin an adventure that will last until they become "true partners"! 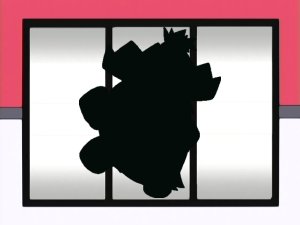