This update may be amended throughout the day so be sure to check back. If you have any ideas for the site, be sure to send them in
Since the release of Pokťmon Ultra Sun & Ultra Moon, the Chatroom & Discord Chat has been rife with discussion while the WiFi Chatroom has been a place for battles & trades, so be sure to visit them. Our Forums have also had these discussion and are a bustling trade and competitive section for the games. Be sure to like our FaceBook Page.
Last Update: 01:01 BST
Edit @ 22:25: Pokťmon Movie Reveal 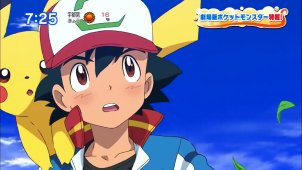 As an annual tradition each December, it has been announced that the world premiere of the upcoming movie due for release in Japan in July 2018 has aired on the Japanese variety show Oha Suta. This movie is tentatively called Pokťmon The Movie 2018, with the title expected to change soon. THe movie is a collaboration between the usual OLM as well as WIT Studio. This trailer showcases a lot of water,and pans over to Ash on a cliff showing that it continues on from the I Choose You Saga and as Ash has the hat from the previous movie. Then, the hat blows away to a female character. The art syle is different to the previous movies and the trailer featured Lugia's theme from The Power of One. It will release on July 13th 2018. We hope to have an official upload of the trailer soon so keep checking back
Edit @ 01:01: Trailer is now live 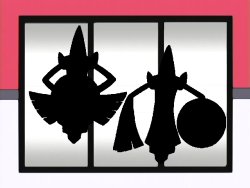 Today marks the fifty-fifth entry into the Generation VII competitive field with a Kalos Pokťmon. These entries are created by the visitors for the visitors and then compiled by our writers Archangel, Miror, Psynergy, Mcdanger, EKZ1505, UR2L8 & KillerDraco. To get involved, Click here for the discussion forum
Today, we are covering a Pokťmon introduced in the sixth generation. enerations of kings were attended by these Pokťmon, which used their spectral power to manipulate and control people and Pokťmon. Apparently, it can detect the innate qualities of leadership. According to legend, whoever it recognizes is destined to become king. So, here it is, the fifth-fifth entry, Aegislash