This update may be amended throughout the day so be sure to check back. If you have any ideas for the site, be sure to send them in
Since the reveal of Pokťmon Ultra Sun & Ultra Moon, the Chatroom & Discord Chat has been rife with discussion while the WiFi Chatroom has been a place for battles & trades, so be sure to visit them. Our Forums have also had these discussion and are a bustling trade and competitive section for the games. Be sure to like our FaceBook Page.
Last Update: 21:58 BST
Edit @ 12:28: Pokťmon of the Week | Edit @ 21:58: Detective Pikachu

The next event for Pokťmon GO has been announced. This update provides various bugfixes however data mining of the patch has revealed that the first Generation 3 Pokťmon are to hit the game around the Halloween update. The new load screen has been found within it and it showcases Sableye, Duskull, Dusclops, Shuppet and Banette while the trainer has a Mimikyu based hat. We'll provide full details on the inclusion of Generation 3 Pokťmon as and when they come 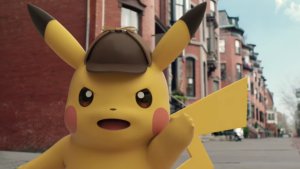 Some news has come about the upcoming live-action Pokťmon movie. The movie, Pokťmon's Detective Pikachu, based on the 3DS title, Detective Pikachu ~Birth of a New Duo~, released in Japan in February 2016 has finally been given a production date. According to Screen Rant, this movie is going to begin production in London in January 2018. This movie is being produced by Legendary Pictures and directed by Rob Letterman. Currently a release date has yet to be determined but we'll bring all news of this movie as and when they come so keep checking back 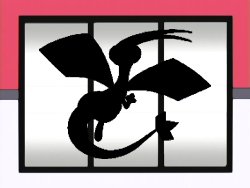 Today marks the forty-sixth entry into the Generation VII competitive field with a Hoenn Pokťmon. These entries are created by the visitors for the visitors and then compiled by our writers Archangel, Miror, Psynergy, Mcdanger, EKZ1505, UR2L8 & KillerDraco. To get involved, Click here for the discussion forum
Today, we are covering a Pokťmon introduced in the third generation. The flapping of its wings sounds something like singing. Those lured by the sound are enveloped in a sandstorm, becoming Flygonís prey. This Pokťmon hides in the heart of sandstorms it creates and seldom appears where people can see it. So, here it is, the forty-sixth entry, Flygon