This update may be amended throughout the day so be sure to check back. If you have any ideas for the site, be sure to send them in
Since the reveal of Pokťmon Ultra Sun & Ultra Moon, the Chatroom & Discord Chat has been rife with discussion while the WiFi Chatroom has been a place for battles & trades, so be sure to visit them. Our Forums have also had these discussion and are a bustling trade and competitive section for the games. Be sure to like our FaceBook Page.
Last Update: 17:43 BST
Edit @ 04:06: Battle Competition | Edit @ 06:10: Pokťmon Shuffle | Edit @ 16:34: Episode Title | Edit @ 17:43:

Details for the next Battle Competition have been announced. This is the Johto X Alola competition. This is a Double Battle competition using rules where you can only use Pokťmon from the Johto and Alola Regional Pokťdexes barring the standard Legendary and Mythical bans. Transferred Pokťmon are allowed.. All Pokťmon will be raised to Level 50 for the duration of the competition. Registration runs from December 7th to December 14th. Battles will run from December 15th through December 17th. All entrants will get the 50 Battle Points. Download Rules for this competition are now available from Festival Plaza. 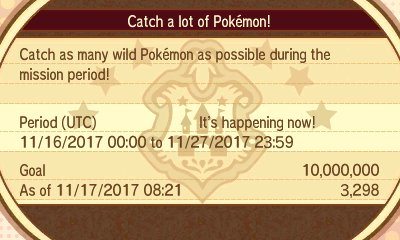 The first Pokťmon Ultra Sun & Ultra Moon Global Mission has finished in failure. This Global Mission's theme was to capture as many Pokťmon as possible and it was a failure with a total of 5,442,088 captures. As it was a failure, the gift of 1,000 FC, or 2,000 FC if the game is connected to the Global Link, is now available. 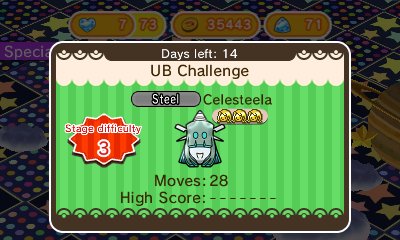 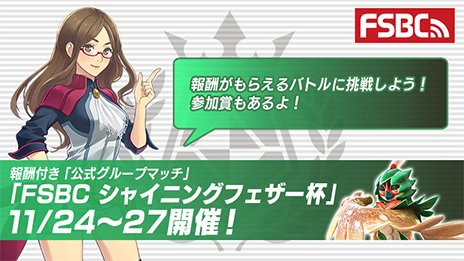 The next special Group Match has begun on Pokkťn Tournament DX. From December 8th through December 11th you can participate in the Iron Meteor Dive Cup. This cup is a Basic Battle competition, once again on a Fixed Battle Arena. Participating in this brings a special title reward based on Scizor, and if you place highly you'll get other titles based on your placement.

Various Japanese TV guides have revealed the next episodes title for upcoming episodes of the Pokťmon Sun & Moon anime. This episode is set to air in Japan on December 14th 2017. We don't have any further details for this episode at this time
Episode 997: Shine, Z-Power Ring! A Super Fully Powered 10,000,000 Volt Thunderbolt!! 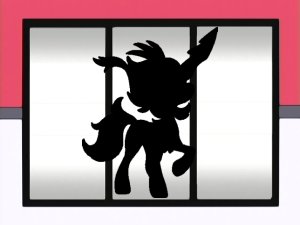 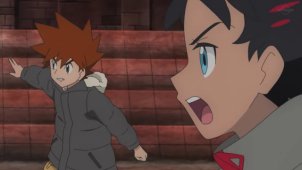 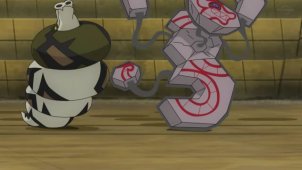