This update may be amended throughout the day so be sure to check back. If you have any ideas for the site, be sure to send them in
Since the release of Pokťmon Ultra Sun & Ultra Moon, the Discord Chat has been rife with discussion, so be sure to visit it. Our Forums have also had these discussion and are a bustling trade and competitive section for the games. Be sure to like our FaceBook Page.
Last Update: 20:57 GMT
Edit @ 08:08: Pokťmon Duel | Edit @ 08:26: Mewtwo Strikes Back | Edit @ 20:57: Pokťmon GO 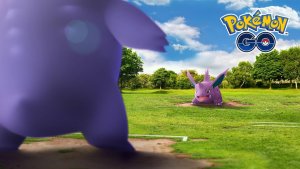 Trainer Battles are now live in Pokťmon GO. This feature allows for players to battle eachother locally, or over the Internet if Ultra or Best Friends, as well as battling the Team Leaders in a test match. This yields various rewards including the Sinnoh Stone. With this, getting a second attack on your Pokťmon is now possible as well using Candy. This goes from 10,000 Stardust & 25 Species Candy up to 100,000 Stardust and 100 Species Candy depending on your Pokťmon's species. We're currently testing the feature and will report all new elements so keep checking back
Edit @ 03:13: Now live for Trainers Level 30 or above
Edit @ 03:26: Updated our Trainer Battles section with lists of each of the NPC Trainer's teams
Edit @ 03:34: The cost for a second move is relative to a Pokťmon's Buddy Candy distance. We have updated our In-Depth Pokťmon GO Pokťdex with listings for each Pokťmon
1km (Plus Starters & Baby Pokťmon) = 10,000 Stardust + 25 Candy
3km = 50,000 Stardust + 50 Candy
5km = 75,000 Stardust + 75 Candy
20km = 100,000 Stardust + 100 Candy
Edit @ 04:02: In addition to this, there have been some tweaks with the GO stat charts. Alolan Diglett has had its Attack and Defense lowered while Kantonian Dugtrio has had a Defense increase & Alolan Dugtrio has had a Defense decrease. In addition to this, Ninjask has had its Attack raised. Finally, Meltan & Melmetal have had their stats altered to be more in line with how they should be when calculating their stats from the base stats in the main series titles. We have updated all of our Pokťmon GO section with these changes including changes to their CP
Edit @ 07:59: Updated the Pokťmon Database and Moves List with all the Trainer Battle specific stats for moves
Edit @ 08:56: It has also been discovered that the type effectiveness has altered. Super Effective is now *1.6, Not Very Effective damage is now *0.625 and moves which would be immune in main series now do *0.39 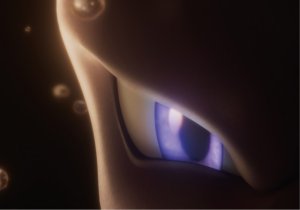 Pokťmon the Movie: Mewtwo Strikes Back

Today, as part of a Japanese reveal, the release day of the next movie has been revealed. Back in July, the movie was confirmed to be titled Mewtwo Strikes Back EVOLUTION, a callback to the first ever Pokťmon movie. However, now we have confirmation that the movie will be released in its usual mid-July slot, opening in theaters across Japan on Friday July 12th 2019.
The movie is to be Directed by Kunihiko Yuyama & Motonori Sakakibara while the screenplay is by Takeshi Shudo, presumably based on the original screenplay
At present there's no further information about the movie, nor information on when we will get the first trailer. Be sure to check back for more news 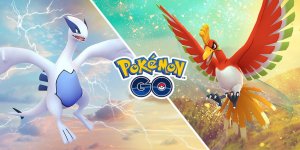 Niantic have confirmed that Lugia & Ho-Oh are to appear in Raid Battles in Pokťmon GO for a special weekend from 21:00 UTC Friday December 14th through to 21:00 UTC Monday December 17th. As before, they are capable of appearing in their Shiny variants. 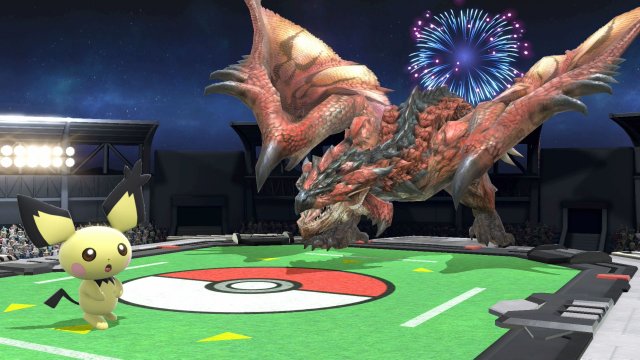 Last week was the launch of the Nintendo title, Super Smash Bros. Ultimate, and like its predecessors, it contains a lot of Pokťmon content including 10 different playable characters and over 50 Pokťmon as summonable items. Over the coming days, we'll be covering this game in full, beginning with all Pokťmon related content so be sure to keep checking for more information.
Edit @ 15:28: Created a page for all 59 Assist Trophies, and updated the Stages section to show each Assist Trophy which can't be summoned in each stage 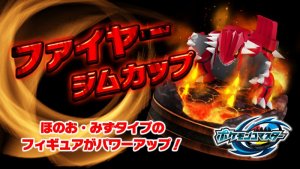 The special Gym Cup, the Fire Gym Cup has begun in Pokťmon Duel. This Gym Cup increases the movement of Fire-type figures and increases the White & Gold Attacks of Water-type Pokťmon by 20. Within this, you can get the special Groudon figure. It runs until December 17th 2018