This update may be amended throughout the day so be sure to check back. If you have any ideas for the site, be sure to send them in
Since the release of Pokémon Ultra Sun & Ultra Moon, the Discord Chat has been rife with discussion, so be sure to visit it. Our Forums have also had these discussion and are a bustling trade and competitive section for the games. Be sure to like our FaceBook Page.
Last Update: 11:33 BST
Edit @ 11:33: Pikachu Event 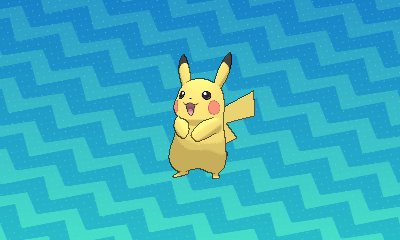 A new event has been announced for Korea. This distribution gives you a Pikachu that knows both Surf and Fly, as well as Thunderbolt and Quick Attack. It's at Level 10 with the ability Static. This event is being distributed on April 27th to commemorate the opening of a pop-up store in Triple Street

The smartphone game, Pokémon Duel, has had a new update. This patch takes it to version 6.0.2 and requires 247MB of space on your mobile device to download. It is required to update in order to play the game
This patch contains various brand new figures. The UX Figures are Shiny Mega Gengar,
The EX Figures are Shiny Gengar
These figures are only available when you buy a special pack of Gems for the next week which also provide a certain amount of gems daily for the next month, but the figures are also available in the Material Exchange. The game has also announced pre-tournament features to those with a ranking of 1500 or higher with further details coming soon
Pre-Registration for the next Team Match has also begun with players selecting between Reshiram, Zekrom & Kyurem
Finally, the April Booster B packs have begun, with all figures coming at CLv. 1, allowing them to be even more battle ready than before