This update may be amended throughout the day so be sure to check back. If you have any ideas for the site, be sure to send them in
Since the release of Pokémon Ultra Sun & Ultra Moon, the Chatroom & Discord Chat has been rife with discussion while the WiFi Chatroom has been a place for battles & trades, so be sure to visit them. Our Forums have also had these discussion and are a bustling trade and competitive section for the games. Be sure to like our FaceBook Page.
Last Update: 16:02 BST
Edit @ 11:15: Episode Pictures | Edit @ 11:34: Pokémon Duel | Edit @ 16:03: Legendary 2018 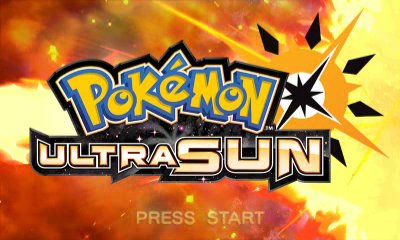 New distributions have been announced for the Legendary Year of 2018. Special distributions will be in stores through the year. These offer the various version exclusive Legendary Pokémon in the games they weren't available in. The distributions will run for Sun & Moon and Ultra Sun & Ultra Moon, with the contents differing slightly between Sun & Moon and Ultra Sun & Ultra Moon being Level 100 in USUM holding a Gold Bottle Cap and Level 60 in SM
February - Dialga & Palkia in GAME in the UK & Gamestop in the US
March - Regigigas and Heatran
April - Raikou and Entei
May- Xerneas & Yveltal
June - Shiny Zygarde
July - Tornadus & Thundurus
August - Kyogre & Groudon
September Latios & Latias
October - Reshiram & Zekrom
November - Ho-Oh & Lugia.
In addition to this, both Pokémon GO and Pokémon Shuffle will have various tie-in events throughout the year.
Edit @ 16:20: We have updated our Event Database with listings for this event

Registration for the next Battle Competition has begun. This is the 2018 International Challenge January competition. This is a Double Battle competition using standard VGC rules, with players being able to earn CP to go towards qualification for the World Championships.. All Pokémon will be raised to Level 50 for the duration of the competition. Registration runs from January 18th 2018 to January 25th 2018. Battles will run from January 26th through January 28th. All entrants will get the 50 Battle Points.

A new patch is rolling out for Pokémon GO. This patch brings the game up to Version 1.59.1 and fixes a number of issues including a bug that sent you back up to the top of your Pokémon list, as well as adding a shiny Pokémon indicator on your Pokémon list, separators by region in the Pokédex and various other fixes. It is currently being rolled out on iOS and Android so should be available over the next few days 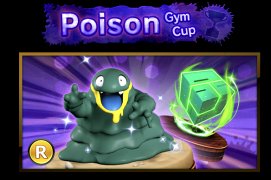 The special Gym Cup, the Poison Gym Cup has begun in Pokémon Duel. This Gym Cup increases the movement f Poison-type figures and increases the White & Gold Attacks of Psychic-type Pokémon by 20. Within this, you can get the special Alolan Grimer figure. It runs until January 24th 2018 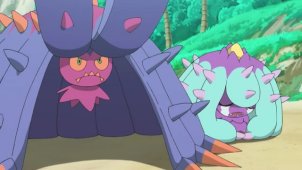 As usual, we have done pictures from the episode that aired in Japan today. This episode features James' Mareanie encountering a Pokémon from its past. The AniméDex has been updated with the contents of this episode. Click the picture to go to the gallery but be warned however as they contain spoilers.