This update may be amended throughout the day so be sure to check back. If you have any ideas for the site, be sure to send them in
Since the release of Pokťmon Ultra Sun & Ultra Moon, the Discord Chat has been rife with discussion, so be sure to visit it. Our Forums have also had these discussion and are a bustling trade and competitive section for the games. Be sure to like our FaceBook Page.
Last Update: 12:16 BST
Edit @ 12:16: Pokťmon Let's Go World Exclusive 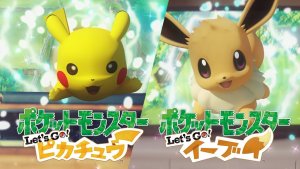 Today, Nintendo and The Pokťmon Company International were kind enough to allow me to play 2 hours of the start of Pokťmon: Let's Go, Pikachu! & Let's Go, Eevee! and I'm able to share everything that I experienced while playing the game. In the game demo, I was only able to play through the first two hours, back to the end of Brock's gym in Pewter City. This meant that there wouldn't be as much exploring but could truly show the elements of the game. It continues on much like Pokťmon Yellow does, as you would suspect, with the progression that we know, going from Pallet Town through Viridian City and up to the Gym after Viridian Forest. There was then a small demo in Route 6 to showcase local co-operative play

First, mechanically, the battles work pretty much exactly the same as previous main series Pokťmon games with the physical and special split remaining in tact. IVs fully appear to be within the game but with limited time with the early part of the game it is impossible to completely determine if the IV spreads are identical to how they were in the games since Ruby & Sapphire. EVs are a different story.
At present it's hard to say what the situation is with EVs. After some battles, an additional +1 appears in one stat such as Speed or Attack, but this +1 is also added with the candy obtained from transferring Pokťmon with it listing how many more Candy a Pokťmon needs for a boost
As many people have speculated through various demos and videos, there are no held items in the game and no option to make a Pokťmon hold an item. This means that many of the items you come to expect such as Choice Band cannot be found. In addition to this, Abilities also aren't in the game.

Experience is definitely weighted more towards capture than battle. You typically seem to earn more experience points catching Pokťmon but you will get bonuses if it's a new Pokťmon, quality of capture and so forth. Synchronising capture with a second player locally also boosts the experience bonus

Capture is relatively simple. There's a Lure item that lasts for a few minutes which increases wild Pokťmon spawns and Pinap Berries will increase chances of finding an item after catching a Pokťmon. These items are typically berries.
The capture element is much the same as in previous demos, but being able to see the Pokťmon was a much more refreshing experience, allowing the player to try and avoid wild encounters if they are so inclined. The wild encounters do seem to provide a bit more experience than the traditional trainer battles. Pokťmon also react differently to you based on species. Some are docile while others whille charge at you or Abra will teleport away if it spots you. The trainer battles also end with Pokť Balls being given in order to continue capture.
Despite my best efforts, I couldn't quite determine the mechanics behind Comboing Pokťmon (catching Pokťmon of the same species consecutively). I got to a combo of 13 with a Caterpie but can't say for sure if it boosted any IVs or did any further capture chances. A combo is broken if the Pokťmon flees
Combat Points are in the game, much like Pokťmon GO and like Pokťmon GO they are just a quick visual representation of the stats of a Pokťmon taking on the Pokťmon's level, stats and any stat boosts

The partner Pokťmon do appear to have larger base stats. By comparing a wild Pikachu with the starter Pikachu at the same level, there is a vast difference.
The base power of Eevee's Sizzly Slide, Bouncy Bubble and Buzzy Buzz moves is 90.
Jessie, James & Meowth appear only on in Viridian City. However, they just replace the old man who needed his coffee who then shows you how to catch Pokťmon. You still won't battle them until Mt. Moon
As shown in the information release in June at E3, you need to have a Grass or Water-type Pokťmon before entering Pewter City Gym. However, this is only needed to first enter it and isn't required in your actual team for when you are battling against Brock and his other gym trainers so any fears of handholding difficulty can be laid to rest.
You get given the first customisation option, the sportswear matching the default outfit of the trainer, by the rival's sister as you leave Pallet Town. This can be changed at any time in the Clothing Trunk option in the bag.

Items are grouped into multiple categories. Your Pokťmon Box is in your bag, as are Capture Items such as Berries and Balls, Healing Items, Battle Items such as Guard Spec. and Mega Stones, Candy and so forth. With this, you can also have items from other categories outside the main item list such as Lures, Town Map, Fossils and other key or miscellaneous items
As with previous games, each gender option contains four different options of character skintone.
There was also some play of the Support Player function where a second player can play in the game. Their following Pokťmon is the second in your party and you share the same 6 Pokťmon for battle. In this mode, the second player also can't interact with items, wild Pokťmon or trainers.

Overall, the game is clearly a main series Pokťmon game, just with a few tweaks to lure in the uninitiated audience. It's not the competitive game some players want but it's at its soul, a true Pokťmon game.
All of the gameplay we had was recorded and we'll be able to post our exclusive gameplay as soon as we can, probably later this week, so be sure to keep checking back.
Edit @ 27/09/2018: We have now received our footage and added it to the Pre-Release Video Page 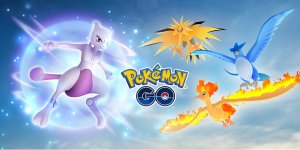 The current Tier 5 Raid Bosses, added in as part of the Ultra Bonus Event, Articuno, Zapdos & Moltres, are due to leave Raid Battles in Pokťmon GO at 20:00 UTC on Thursday giving just a few days left to get them and their Shiny variants before they disappear. When they are finished, it will be replaced with Mewtwo. Be sure to keep checking back for further details on Mewtwo's new raids 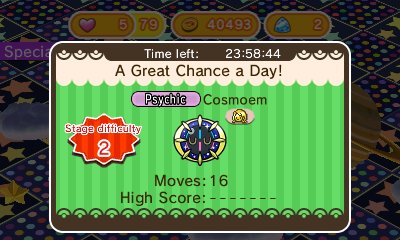 Pokťmon Shuffle has begun Week 8 of its event cycle. This cycle continues the Pokťmon Safari from last week as well as the following stages that will run for a week
The Ultra Challenge Stage is a stage for Black Kyurem
The Great Challenge Stages are Wigglytuff (Winking), Totodile (Winking), Wailord, Palkia & Toucannon
The Daily Pokťmon are Pikachu (Sleeping), Torchic (Winking), Treecko (Winking), Mudkip (Winking) & Castform (Winking)
There's a One Chance Per Day stage for Cosmoem
There's a Special stage for Mewtwo (Shiny)
In addition to this, there's a Latias Escalation Battle which will run for two weeks.