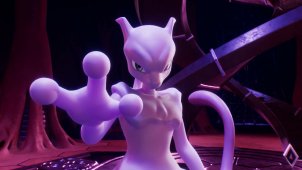 Japanese Variety Show Oha Suta has aired the next trailer for Mewtwo Strikes Back EVOLUTION. In this trailer, we show Mewtwo's base on New Island and its first confrontation with Ash. We see a scene with Jessie & James and Mewtwo getting attacked by Charizard. We then see it in the armor given by Giovanni and various battles in New Island. We expect an official upload to come soon so be sure to keep checking back
Edit @ 00:00: The trailer has been added
Edit @ 00:09: Added renders of Ash, Brock & Misty
Edit @ 00:21: With this, it has been confirmed that Koichi Yamadera & Sachiko Kobayashi will be reprising their respective roles of Mew & Miranda from the first movie 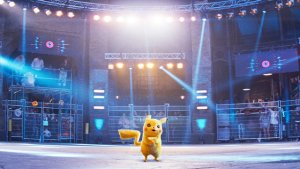 A new joke trailer has been released for the upcoming live-action movie, Pokťmon - Detective Pikachu, which is due for global release on May 10th 2019. This new teaser trailer showcases various Pokťmon including the first proper looks at Eevee, Purrloin, Torterra and Sneasel. We're currently awaiting an official upload. With this, it confirms that another Detective Pikachu promo card will be available when you see the movie in cinemas. Tickets are now starting to be available in the US so be sure to check your local theater
Edit @ 19:50: Tickets will be available for Detective Pikachu in the UK on April 25th. The special promo card to be available only for purchases of tickets viewing the movie in 3D in the UK

The first details are starting to come from CoroCoro, with translations being tentative while we await screenshots. In CoroCoro there is a contest to name a brand new move. This is open to Japanese residents. This move has the following bits of data
Type: Steel
Category: Special
Damage: 140
Effect: Does major damage but reduces user's Hit Points by 50%
The entries are needing to be no more than 8 characters long using Katakana, Hiragana or English characters and people have until May 10th 2019 to enter. The overall winner will receive both Pokťmon Sword & Pokťmon Shield while 20 runners up will get one copy of the game
At present we have no further information on how to enter but expect that to be officially shown in the next few days or when we get clear images of the magazine so be sure to keep checking back
Edit @ 12:00: With this, I have created a page to catalogue all New Attacks introduced in Pokťmon Sword & Shield 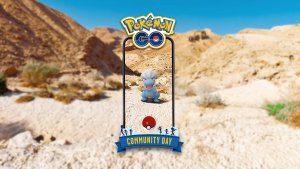 The Pokťmon Duel update is now available. This update brings a variety of bug fixes. First, it has implemented the figure updates that were announced on Friday.
There are also some special bonuses. At weekends, a special Time Booster will be available. There's also a log-in bonus to get a Shiny Metagross figure as well as weekly log in bonuses of UX and EX Cubes. Honedge, Doublade and Aegislash are also scheduled to appear through the Player Pass system within April. There's also a special sale with 50% off the Gem Cost of buying new Plates and expanding your Figure & Plate Cases. You also get the Shiny Mega Rayquaza figure and Meteoric Teaching plate exclusive to Player Pass
Next, a plethora of new figures have been released
The UX figures are Arceus, Blacephalon, Stakataka, Mega Steelix, Mega Metagross, Shiny Mega Rayquaza
The EX figures are Victini, Steelix, Shiny Metagross
The R figures are Rapidash
The UC figures are Ponyta
Our full Pokťmon Duel Figure Database has been updated with these figures, including new functions that display the Z-Moves a Pokťmon can use and those move's effects 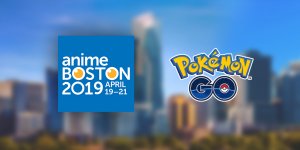 Anime Boston 2019 is hitting Boston next weekend (April 19th - 21st) and to celebrate, a special event will be held around the arena. Like the other recent convention events, during this event, there will be increased Pokťmon spawns of the Sinnoh Starters, there will be Double Stardust and Lure Modules will last for 4 Hours all within the viscinity of the arena