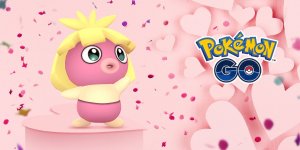 Niantic have announced the next Pokémon GO event. This is the Valentine's Day 2019 event and features increased spawns of various Pink Pokémon in the wild, increased Pink Pokémon in 7km eggs and new Raid Bosses featuring Pink Pokémon including Chansey and Porygon. In addition to that, Lure Modules last 6 hours and there is 2* Capture Candy. This event runs until February 21st 2019 at 21:00 UTC
Edit @ 21:08: A new Spinda featuring a love heart on its head is now available. It runs on the same research as it has since January 1st: Make 5 Great Curveball Throws in a Row
Edit @ 21:30: Three new boxes are also now available:
Special Box - 480 Coins - 3 Premium Raid Pass, 2 Star Piece, 2 Egg Incubators, 3 Lure Modules
Great Box - 780 Coins - 4 Premium Raid Pass, 4 Super Incubator, 5 Lure Module, 4 Lucky Egg
Ultra Box - 1480 Coins - 10 Premium Raid Pass, 10 Super Incubator, 10 Star Piece & 10 Lure Modules
Edit @ 22:09: We are currently collating all new Raid Bosses that have been added in this event
Edit @ 22:15: It has also been confirmed that Happiny is now available in 7km eggs 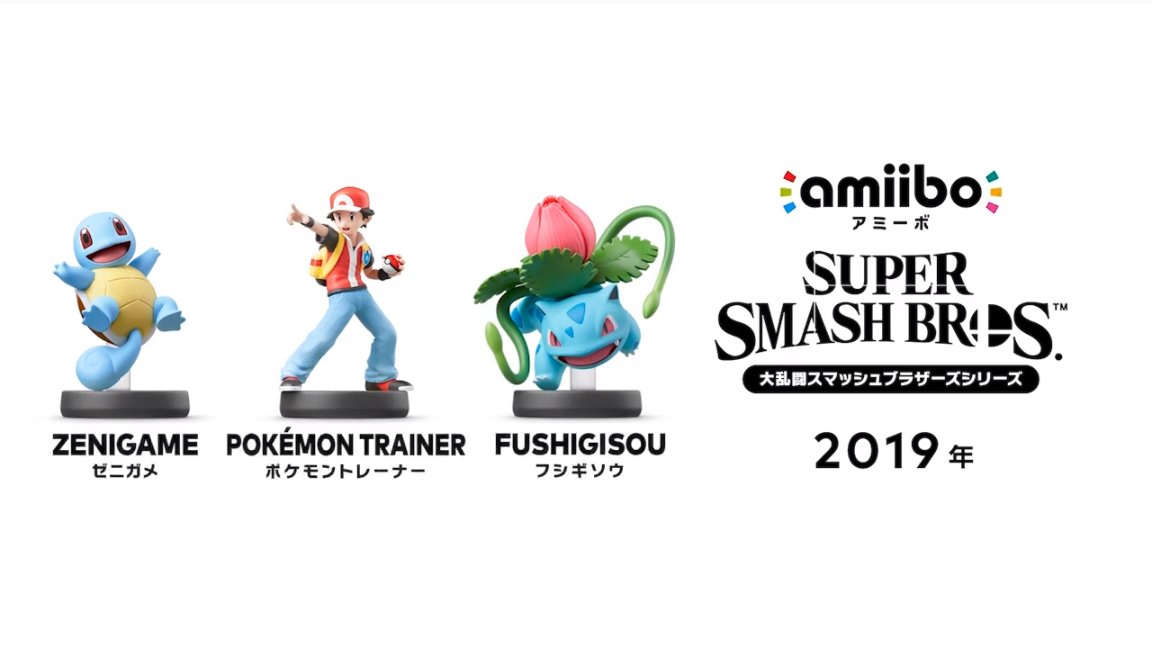 During the Nintendo Direct, it was revealed that the amiibo for Ivysaur, Pokémon Trainer (Male) and Squirtle will be released later this year. These amiibo connect with Super Smash Bros. and call up each character to be registered as a Figure Player 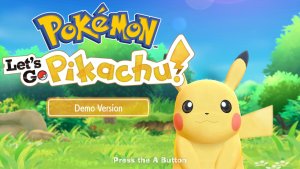 It has been confirmed that the demo for the games Pokémon Let's Go, Pikachu! & Let's Go, Eevee! has been released on the Nintendo Switch eShop. This demo matches the demo that ran on tours late last year and comes in two versions: one for Pikachu and one for Eevee within one piece of software. It requires 2.2GB of space to download

The Pokémon Duel Z-Powered Update is now available. This update brings a variety of changes and updates. First, it has implemented the figure updates that were announced on Thursday.
Time Boosters reduce the time required before unlocking without gems now when you win a League Match
Next, it has removed the Boosters from the game as well as the ability to purchase Gems and has implemented a new Player Pass sytem. This system costs $16.99 a month, in a monthly auto-subscription. This subscription comes with three bonuses:


In addition to this, there are two other purchase tiers. One is the 3-Day Duel Boost. For $9.99, you earn Double the monthly points, unlock as many Time Boosters as you want, increases the chance of Time Boosters (Rainbow) appearing by a factor of 10 and gives 500 monthly points. The other boost is the 3-Hour Duel Boost which costs $4.99. This gives an improved Enhancement Booster, you get 10 Monthly Points when you lose a League Match and you gain 150 Monthly Points.
The game has now also fully implemented Z-Moves, and for a while there is a special Login Bonus featuring a new Pikachu figure with an exclusive Z-Move, Castrstropika, which has a new effect. Solgaleo, Lunala, Dusk Mane Necrozma and Dawn Wings Necrozma all also have the unique Z-Move. Z-Moves are activated when the Z-Move Gauge is full and turns all segments of the wheel into the Z-Move. The power of the move is double the figure's highest attack. All 18 type moves have got an Z-Move
There are three special sets to purchase including Shiny Mewtwo figures. First is the Shiny Mewtwo Set which includes Shiny Mewtwo and 34 Gems for $6.99, a Shiny Mega Mewtwo X set containing Shiny Mega Mewtwo X & 70 Gems for $9.99 and a Shiny Mega Mewtwo Y set containing Shiny Mega Mewtwo Y & 70 Gems for $9.99
Finally, a plethora of new figures have been released
The UX figures are Necrozma, Dusk Mane Necrozma, Dawn Wings Necrozma, Darkrai, Mega Alakazam, Mega Absol, Mega Kangaskhan, Pikachu, , Espeon
The EX figures are Cresselia, Absol, Alakazam, Celebi
The R figures are Kadabra, Abra, Mandibuzz, Scrafty
The UC figures are Vullaby, Scraggy
Our full Pokémon Duel Figure Database has been updated with these figures, including new functions that display the Z-Moves a Pokémon can use and those move's effects

The first images from CoroCoro have leaked and have revealed the latest news. As always, do note that translations are preliminary while we work on them. This issue focuses more on Mewtwo Strikes Back and provides a look at the 3D models of Mew and Pikachu within the movie, which once again has been confirmed to be a full 3D CG movie . We'll bring more as it comes

The Pokémon Company and Niantic have announced another specific event akin to the AR Garden event Niantic held in Tokyo last year. In conjunction with the Media Ambition Tokyo event, on February 23rd through March 3rd, you can go to the 52nd floor of the Mori Tower in Roppongi Hills, Tokyo and look through the "Pokémon Scope". This scope uses Microsoft's Hololens technology to allow you to see Pokémon bustling through Tokyo from above. You don't require your phone and Pokémon GO account for this event.