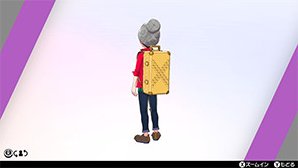 We are starting to get more details for the other pre-order bonus gift of customisation in Pokťmon Sword & Shield. Previously announced for Amazon in Japan, we now have confirmation that in MediaMarkt & Carrefour in Spain, if you pre-order the games and are among the first 300 to pre-order, you'll receive a code to gain access to the special Gold Studded backpacks in the game. We're currently trying to get as many details on this distribution globally so be sure to keep checking back

The next Pokťmon GO version is starting to roll out on Android devices with iOS expected in the coming days. This brings the game up to internal version 0.149.0 and contains a few changes including a change in the Appraisal system. This system works similar to the IV Judge element in Pokťmon Sun & Moon. You can see the three stats the Pokťmon has with a three bars for each stat. The more the three bars are filled, the higher the IVs. With this, there are also buttons to the left and right to let you skip between Pokťmon. It also showcases if a Pokťmon is large and where it was caught. If a Pokťmon has perfect IVs, it gets a red stamp
In addition to that, it confirms battles with Team GO Rocket grunts and being able to capture Shadow Pokťmon left behind by the Team GO Rocket grunts. It also mentions some Battle Minigames using Charged Attack gameplay. We'll provide more details on this as they come
The update also provides a UI change to Trainer Battles grouping things together for each Pokťmon, showcasing the amount of Pokťmon and Shields left and the current Pokťmon's CP and the new attack button has been moved back down to beneath the list of Pokťmon's attacks. You can also now search for male, female and genderless Pokťmon in the Pokťmon list
Pictures courtesy of zhyo and Oh My Goth
We're currently investigating more about the update so be sure to check back 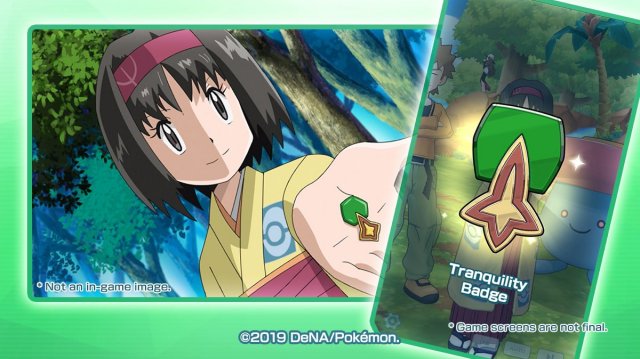 The Pokťmon Company have put out another image from Pokťmon Masters. This image shows a scene from the trailer where Erika gives the protagonist a badge but showcases the in-game equivalent. When you battle Erika, you will receive the Tranquility Badge. However, with this information, it confirms that you can earn five badges in your adventure 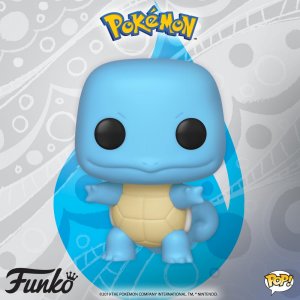 Funko has announced the next of its line of POP! Vinyl figures. The next Pokťmon related figure is Squirtle and is due for release in North America soon. At present no further details have been announced 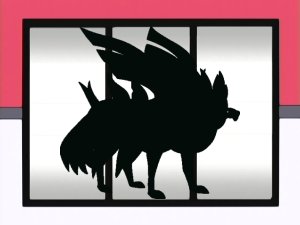 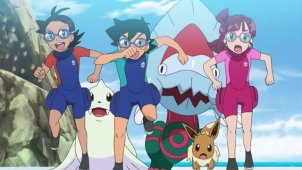 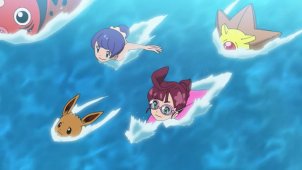