A new update is starting to roll out for Pokťmon GO across Android platforms, with iOS to come later on before it goes live everywhere. At present, we're still working out the contents of this update as it doesn't appear to be going beyond the load screen at present but it appears it contains the functionality for GO Snapshot, the new AR feature announced earlier this week. At present, GO Snapshot is not currently activated. This update also comes with a new loadscreen which showcases the Pokťmon Smeargle and Mr. Mime. Smeargle is currently unavailable in the game 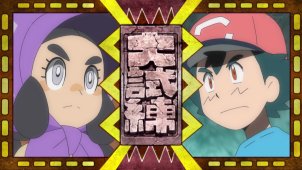 As usual, we have done pictures from the episode that aired in Japan today. This episode features Ash participate in his final Grand Trial. The AnimťDex has been updated with the contents of this episode. Click the picture to go to the gallery but be warned however as they contain spoilers. 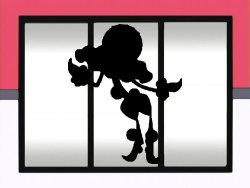 Today marks one hundred & seventeenth entry into the Generation VII competitive field with an Alola Pokťmon. These entries are created by the visitors for the visitors and then compiled by our writers Psynergy, Jellal, & Mcdanger. To get involved, Click here for the discussion forum
Today, we are covering a Pokťmon introduced in the seventh generation. It slithers toward people. Then, without warning, it triggers the explosion of its own head. Itís apparently one kind of Ultra Beast. A UB that appeared from an Ultra Wormhole, it causes explosions, then takes advantage of opponentsí surprise to rob them of their vitality. So, here it is, the one-hundred & seventeenth entry, Blacephalon