A new event has been revealed for the US in Target stores through various signage. From May 11th, you'll be able to use a new app called Pokťmon Pass, said to be used exclusively at Target, to scan a QR Code to obtain a serial code to receive a shiny Pikachu in Let's Go, Eevee! or a Shiny Eevee in Let's Go, Pikachu. This matches a distribution hitting Korea from tomorrow. Pokťmon Pass is also to be used to show access to get special promotional bonuses including Detective Pikachu stickers and the upcoming Detective Pikachu Psyduck promo card. We'll provide further details as they come 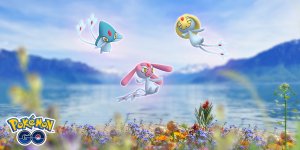 In a surprise release, Uxie, Mesprit and Azelf have started to appear in Pokťmon GO. Unlike most of the Legendary Pokťmon in the past, they are spawning in the wild but in very rare amounts and they appear to be Regional with Azelf having only been reported in America, Mesprit in Europe and Uxie only in Japan at present and they spawn near bodies of water, but we are currently investigating further
Edit @ 05:05: With this, Shellos is also now available in the wild, though people are reporting that spawns of it have ceased

Details for the next Battle Competition have been announced. This is the 2019 International Challenge May competition and is for non-Japan Regions. This is a Double Battle competition using standard 2019 VGC rules where players can use 2 Restricted Pokťmon (Mewtwo, Lugia, Ho-Oh, Groudon, Kyogre, Rayquaza, Dialga, Palkia, Giratina, Reshiram, Zekrom, Kyurem, Xerneas, Yveltal, Zygarde, Cosmog, Cosmoem, Solgaleo, Lunala & Necrozma) and is based on the Ultra Series where both Z-Crystals and Mega Evolutions are allowed. This competition also offers CP to the highest ranked players to give players the opportunity to go to the World Championships. All Pokťmon will be raised to Level 50 for the duration of the competition.
Registration runs from May 16th - 23rd. Battles will run from May 24th - 26th.
All entrants who play 3 or more matches will get a Shiny Tapu Fini which will be distributed some time in June 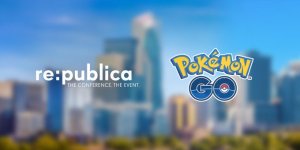 re:publica 2019 is in Berlin from May 6th to May 8th and like the other recent convention events, during this event, there will be increased Pokťmon spawns, specifically Magnemite and Bronzor, double Stardust and Lure Modules will last for 4 Hours all within the viscinity of the arena 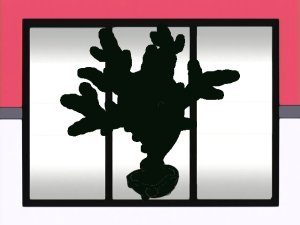