Some new updates have gone live for Nintendo Switch Pokťmon software. First Pokťmon Sword & Shield has received a new update bringing the game to Version 1.2.1. This update provides various undisclosed bug fixes including one that fixes an issue where players don't match together on the Y-Comm and make it so many raids edited by people cannot be played online

Following a test on various players starting a couple of weeks ago, all players in Pokťmon GOcan now receive a Daily Free Box and a special Daily Spawn once per day. You'll get a notification in the shop when you have the box and a note from Willow when you get the spawn 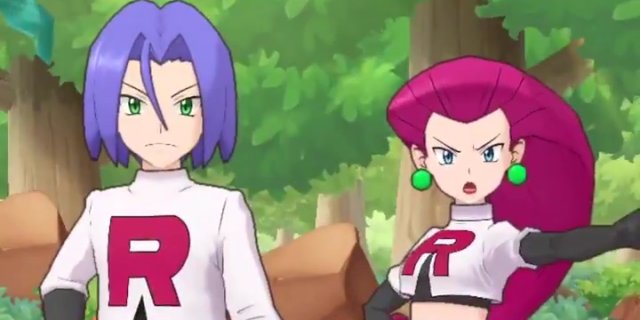 The next Story Event has been announced for Pokťmon Masters. This event is the Double Trouble event. It is the first Pokťmon Masters event to tie in with the anime, being a tie-in with Pokťmon the Movie Coco and adds the Sync pair of Jessie & Arbok. It is expected to arrive in a few days 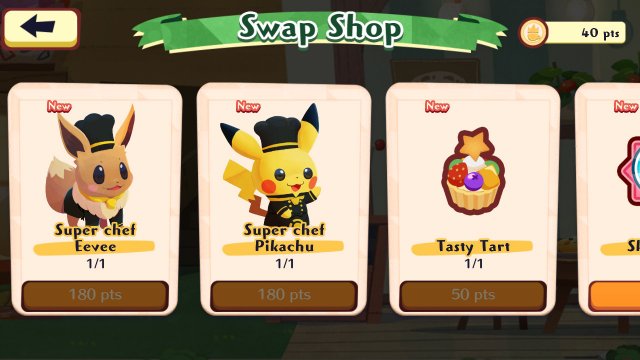 Pokťmon Cafť Mix has received an update. This update has rebalanced many older stages and has added 30 new stages and various newPokťmon, gimmicks and offerings. It also has added the Swap Shop for exchanging Master Mode points as well as a special Challenge Card that runs for a week. We're currently collating all the details for the new stages so be sure to keep checking back
Edit @ 08:41: Updated the Pokťmon, Offerings & Gimmicks & Regular Orders pages
Edit @ 09:18: Created a page for Events to collate full details of events now Challenge Boards have been released
Edit @ 09:31: Created a page for Swap shop 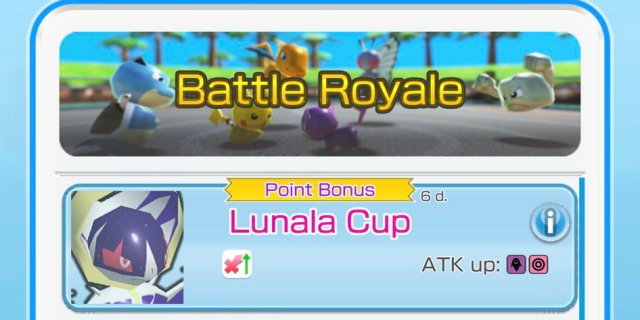 The new Battle Royale Cup has started. This cup is the Lunala Cup and, from today until July 15th, will run a special bonus powering up Psychic and Ghost-type moves. This cup includes two new pieces of Pokť Glam to earn

Two new episode titles have been released by a TV Guide. These episode are due to air on August 2nd & August 9th. No further details have been announced for these episodes. We also got the full title for the previously revealed episode. The first episode features Pikachu getting impatient due to Ash's training with Riolu. The second episode features a trainer come to Ash & Goh for help as people mock Feebas, her favourite Pokťmon and the third has Goh return to Azalea Town where, three years ago, he met a young boy who was looking for Celebi
Episode 1119: The Reluctant Pikachu and the Exasperated Mr. Mime
Episode 1120: Feebas and the Prism Scale
Episode 1121: Celebi: A Timeless Promise