This update may be amended throughout the day so be sure to check back. If you have any ideas for the site, be sure to send them in
With the generation continuing and Nationals coming up globally, and the Chatroom has been rife with discussion while the WiFi Chatroom has been a place for battles, trades and Friend Safari hunting, so be sure to visit them. Our Forums have also had these discussion and are a bustling trade and competitive section for the games. Be sure to like our FaceBook Page.
Last Update: 14:07 BST
Edit @ 07:02: Pokémon Shuffle | Edit @ 13:05: Pokémon Sun & Moon Details

The first details for Pokémon Sun & Moon have been revealed. These details come via the first footage of the game which showcases some new Pokémon including the starters and the legends. It will be released on November 18th 2016 in the US, Australia and Japan and November 23rd in Europe. The game takes place in the Alola Region and the three starters are the Grass/Flying Rowlet, the Fire-type Litten and the Water-type Popplio. The Japanese trailer also confirms that you can alter your skin pigment in the game, just like X & Y. Keep checking back as we get more details.
Edit @ 13:19: New details have come via the official site. Rowlet knows a new move called Leafage
Edit @ 13:25: Updated our New Pokémon Page
Edit @ 13:34: The person who gives you your Pokémon in the games is a character named Hala
Edit @ 13:53: Created a New Attacks Page
Edit @ 14:07: Differentiation in some parts of the trailer show that the character is wearing a slightly different shirt and shorts, potentially indicating that full trainer customisation is back in. 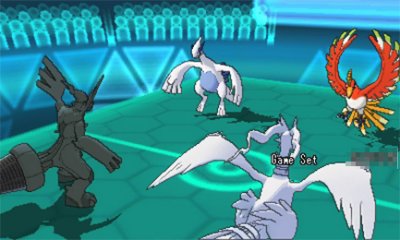 The Special Battle rules for Season 15 have been revealed. Season 16 will run from May 17th 2016 to July 19th 2016 and runs on both X & Y and Omega Ruby & Alpha Sapphire. In this Special Battle ruleset, the VGC 2016 ruleset is being implemented for the third consecutive season, following Season 14 which first introduced it and Season 15 which ends next week. This allows for players wishing to compete in Play! Pokémon events to be able to practice on the games. The base rules for this season are as follows:
Battle type: Double Battle
Pokémon Restrictions: National Pokédex.
Pokémon Limits: Teams may have no more than two of the following Pokémon: Mewtwo, Lugia, Ho-Oh, Kyogre, Groudon, Rayquaza, Dialga, Palkia, Giratina, Reshiram, Zekrom, Kyurem, Xerneas, Yveltal, and Zygarde.
Banned Pokémon: Mew, Celebi, Jirachi, Deoxys, Phione, Manaphy, Darkrai, Shaymin, Arceus, Victini, Keldeo, Meloetta, Genesect, Diancie, Hoopa, and Volcanion, Pokémon not captured or hatched in X, Y, Omega Ruby & Alpha Sapphire
The other standard rules apply, including reduced to Level 50 if above that, and you choose 4 Pokémon out of your 6, and you cannot have two Pokémon holding the same hold item. 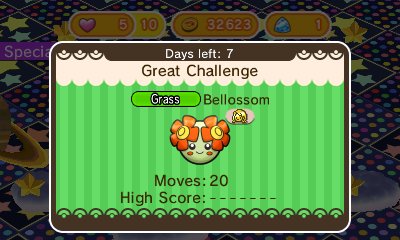