This update may be amended throughout the day so be sure to check back. If you have any ideas for the site, be sure to send them in
With the generation continuing and Nationals coming up globally, and the Chatroom has been rife with discussion while the WiFi Chatroom has been a place for battles, trades and Friend Safari hunting, so be sure to visit them. Our Forums have also had these discussion and are a bustling trade and competitive section for the games. Be sure to like our FaceBook Page.
Last Update: 16:27 BST
Edit @ 08:12: National Championship Streams 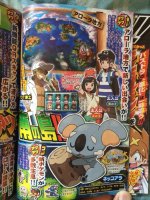 The first images from CoroCoro have leaked and have revealed two new Pokémon. As always, do note that translations are preliminary while we work on them.
First up is Nekkoala, the Half Awake Pokémon which is Normal-type with the ability Definite Sleep which prevents it being afflicted with a status other than sleep, while the dog is Iwanko, and is a Rock-type Pokémon. It's abilities are Keen Eye or Vital Spirit. It is the Puppy Pokémon. We'll bring more as it comes
Edit @ 03:18: Some images pertaining to the movie have also been released. The Greninja event at the movie based on the Pokémon Election has the ability Protean and the moves Hydro Cannon, Gunk Shot, Mat Block & Happy Hour
Edit @ 03:31: Attendees at the movie will receive a Pokémon Ga-Olé disc that has a QR Code that will be scanned to get Magearna in Pokémon Sun & Moon. Magearna has got the Soul Heart Ability and a new move called Fleur Cannon and will be found at Level 50 with the moves Fleur Cannon, Flash Cannon, Lucky Chant and Helping Hand
Edit @ 04:04: CoroCoro hints that Rowlet, Litten, Popplio and Iwanko all hide a secret
Edit @ 12:51: During the Taiwan National Championships today, the first footage of Zygarde 10% Forme and Zygarde Complete Forme was shown. This footage showed them using various attacks and Zygarde 10% Forme changing into Complete Forme when in a pinch. We hope to provide a high quality direct feed trailer soon
Edit @ 14:21: High Quality Footage. Zygarde 10% Forme's ability is known as Swarm Change in Japanese and Complete Forme's move is known as the Core Punisher
Edit @ 14:56: Shifted the New Pokémon Forms page to the Sun & Moon section
Edit @ 16:27: Created a Pre-Release Video page to keep track of all the trailers being released for the game
Edit @ 17:03: North American version of the trailer uploaded. Complete Forme's move is called Core Enforcer in the west 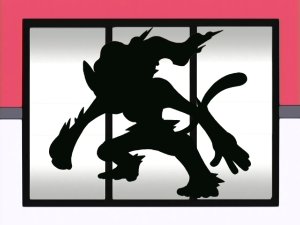