This update may be amended throughout the day so be sure to check back. If you have any ideas for the site, be sure to send them in
Since the release of Pokťmon Ultra Sun & Ultra Moon, the Chatroom & Discord Chat has been rife with discussion while the WiFi Chatroom has been a place for battles & trades, so be sure to visit them. Our Forums have also had these discussion and are a bustling trade and competitive section for the games. Be sure to like our FaceBook Page.
Last Update: 21:09 GMT
Edit @ 06:05: Pokťmon Shuffle | Edit @ 06:42: Pokťmon Duel | Edit @ 07:20: CoroCoro | Edit @ 18;53: CoroCoro | Edit @ 21:09: Luvdisc in Pokťmon GO 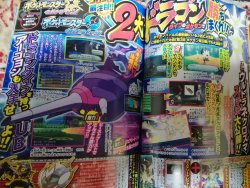 The first images from CoroCoro have leaked and have revealed the latest news on Ultra Sun & Ultra Moon. As always, do note that translations are preliminary while we work on them. In this issue, it has announced that a Shiny Poipole is to be distributed in Japan to Pokťmon Ultra Sun & Ultra Moon from March 2nd through April 9th via a Serial Code. This Poipole is obtained by going to a participating store and showing them your copy of the game, after which you will receive the Serial Code. We'll bring more as it comes 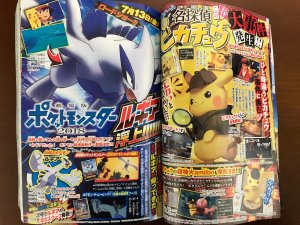 The next image of CoroCoro has come out and has revealed that, as many suspected based on the initial trailer, Lugia is to take part in the new movie insome manner. It also states that next month, the issue of CoroCoro will reveal an important scoop on Lugia and to pay extra attention to Lugia this year. The full details are as of yet unknown but we'll post as it comes 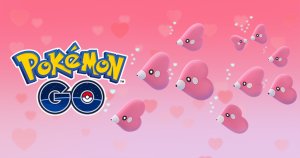 Over the next two days, Luvdisc & Chansey will start appearing in larger quantities in Pokťmon GO. This is to celebrate Valentine's Day and with each capture of Luvdisc or Chansey, you will get 3x the usual amount of Stardust. This is a limited run of event so be sure to check it out while you can. With this, there are multiple reports of Shiny Luvdisc being available. 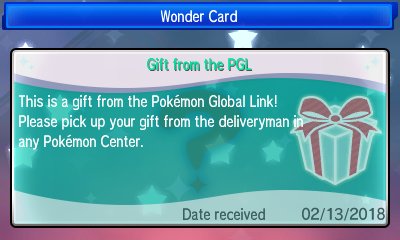 For those of you who registered in the Pokťmon Global Link with Pokťmon Ultra Sun or Ultra Moon before January 30th, the special gift of a Master Ball is now available to all qualifying players through this link after logging into the Global Link. The code needs to be redeemed before the end of March 29th 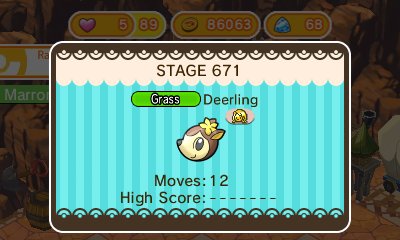 The latest update to Pokťmon Shuffle has come and includes many brand new stages for the 3DS version. We're currently working through them and will be adding them to our Location page and our Pokťmon Listings so keep checking back. In addition to that, Pokťmon Shuffle Mobile has added more stages, once again bringing it in line with the 3DS version
In addition to this, all of the Pokťmon in the game can now have 5 Raise Max Level used on them
Edit @ 08:11: This set of new stages for Pokťmon Shuffle were the final stages to be added. All stages repeated with higher difficulty as UX Stages if you have beaten the Survival Mode 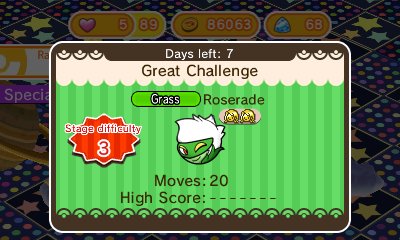 A few brand new challenges have begun on Pokťmon Shuffle and Pokťmon Shuffle Mobile.
First is a new stage featuring Roserade (Winking). This stage will run until February 20th 2018
Next there is a new Pokťmon Safari which includes returning Pokťmon of Grubbin, Charjabug, Vikavolt, Crabrawler, Crabominable, Caterpie, Metapod & Butterfree, with the additions of Yungoos, Gumshoos. It runs until February 27th
Next is a Mega Banette competitive stage. This is a competitive stage that runs until February 20th 2018. Finally, the Mew, Litten, Decidueye, Deoxys Attack Forme, Accelgor, Typhlosion and Pikachu (Enamored) stages have begun a repeat run
All of these require the version 1.5.9 to download. Our Pokťmon listings have been updated with these Pokťmon

Tomorrow, a new version of Pokťmon Duel is being uploaded following the weekly maintenance. This update is Version 5.0.9 and includes a variety of changes. In it, some figures are set to be updated
Incineroar
Increases damage for Darkest Lariat from 110 to 130
Greninja
Increases damage of Hydro Pump from 60 to 70
Hydreigon
Increases damage of Dark Pulse from 60 to 80
Sneasel
Added the Team Play ability