This update may be amended throughout the day so be sure to check back. If you have any ideas for the site, be sure to send them in
Last Update: 15:06 BST
Edit @ 15:06: Pokťmon GO

A new real life event has been announced. On May 18th is The Long Night of Museums in Hamburg, Germany. With this, each museum in the city will receive a special PokťStops and there will be increased spawns of a rare Pokťmon. At present it's not clear what the Pokťmon is but we'll provide further details as they come 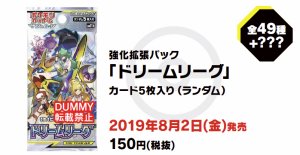 A new upcoming set has been announced for Japan. This set is called Dream League and is due for release in Japan on August 2nd2019. It contains over 49 cards and contains cards focusing on Solgaleo, Lunala, Reshiram and Zekrom as well as Lillie, Roxie, N and Red. Further details are not currently known