Today is the day of Nintendo's E3 2019 Direct and Treehouse Live. This Direct is to show 40 minutes of games and has now been confirmed to contain Pokémon Sword & Shield information. It starts at 17:00 BST / 18:00 CEST / 12:00 EDT / 09:00 PDT. As such, we'll be hosting the livestream below and will update with all information as and when it happens so be sure to check back
Edit @ 17:25: You can use the Poké Ball Plus with Pokémon Sword & Shield to store Pokémon
Edit @ 17:27: The Water-type Gym Leader, Nessa has been revealed. She uses a Dynamaxed Drednaw
Edit @ 17:31: We have updated our Gym Leaders page to include Nessa
Edit @ 17:52: Grookey's new move revealed yesterday is called Branch Poke
Edit @ 17:57: Areas in the Wild Area include Lake Miloch, Rolling Hills and Lake Axewell
Edit @ 18:01: The icons that appear on the left of the screen are notification icons from your friends to see what they're up to, what they've caught, trade requests and so forth as part of the Y-Comm item. Other players can appear in the Wild Area when you're connected and they can give items, this is through local and online connections
Edit @ 18:03: You can only take 1 Pokémon to a Max Raid Battle and can choose based on party or box. Each battle has got a 10 turn limit
Edit @ 18:05: Dynamax Pokémon can sometimes use multiple moves. In Max Raid Battles, the player that can Dynamax changes each turn but like said before, only one can per Raid Battle.
Edit @ 18:07: A barrier spawns around half health that needs to be taken down before the Pokémon can be damaged again. Each attack reduces at least one part of the gauge
Edit @ 18:13: Pokémon HOME can only transfer Pokémon to Sword & Shield if they appear in the Galar Pokédex. This means many Pokémon will be completely unavailable in Pokémon Sword & Shield
Edit @ 18;18: We have updated the Galar Pokédex page with more Pokémon found in the games
Edit @ 18:35: We have added new Pre-Release Screenshots
Edit @ 18:38: If you connect a new Poké Ball Plus with Pokémon Sword & Shield, you can send the Mythical Pokémon, Mew to Sword & Shield
Edit @ 19:06: Created a page on the Y-Comm
Edit @ 19:07: Updated the page on Max Moves
Edit @ 19:15: Updated the page on Max Raid Battles
Edit @ 19:25: A new Pokémon is seen in the E3 demo. It is called Yamper and knows moves including Spark and Play Rough. Pictures thanks to SebPro101
Edit @ 19:28: Another new Pokémon was revealed called Impidimp
Edit @ 19:29: We have updated our New Pokémon Page with these Pokémon
Edit @ 19:46: Yamper is Electric-type and has a new ability that collects the first failed throw of a Poké Ball
Edit @ 19:52: Updated the page on New Abilities
Edit @ 19:55: Impidimp is Dark/Fairy-type
Edit @ 20:05: We have updated our New Pokémon Page with more moves known by the Pokémon in the demo
Edit @ 21:58: We have updated our New Pokémon Page with more moves known by the Pokémon in the demo including Impidimp
Edit @ 22:01: Each Pokémon has got a specific "Dynamax Level". At present it's unclear what Dynamax Levels mean 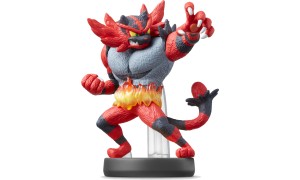 Nintendo have announced the Incineroar amiibo. This is the last of the Pokémon amiibo revealed for Super Smash Bros. Ultimate and is due for worldwide release in November 2019 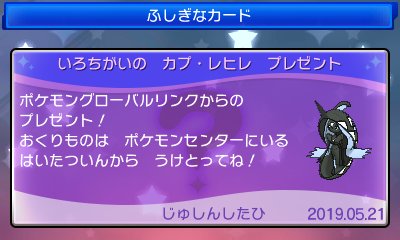 For those of you who participated in the recent 2019 International Challenge May, the entry gift is now available to all qualifying players through this link after logging into the Global Link. This gift is a Shiny Tapu Fini, the first time it has been available as Shiny internationally which comes at Level 60 with the moves Nature's Madness, Muddy Water, Aqua Ring, Hydro Pump and holds a Misty Seed and can be redeemed until July 30th. Our Event Database has been updated with the details of this eventn 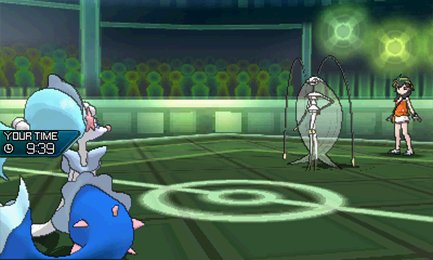 The other standard rules apply, including all set to Level 50 if above that, and you choose 1 Pokémon out of your 6, and you cannot have two Pokémon holding the same hold item. Battles have a 10 minute duration, with turns having a 60 second timer. Pokémon transferred through Pokémon Bank are usable in this ruleset 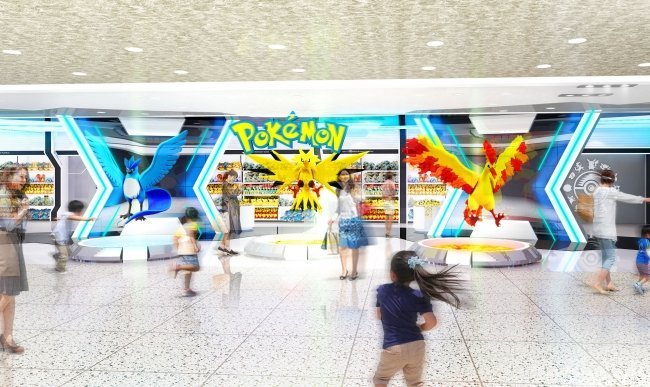 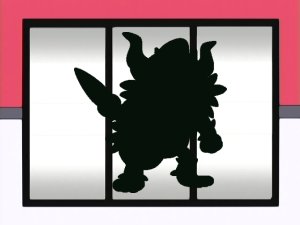 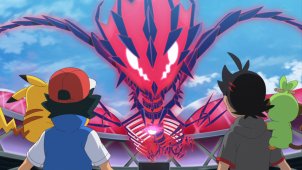 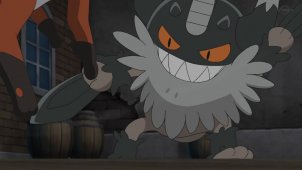