This update will be updated throughout the day. If you have any ideas for the site, be sure to send them in
With the generation continuing and Nationals coming up globally, and the Chatroom has been rife with discussion while the WiFi Chatroom has been a place for battles, trades and Friend Safari hunting, so be sure to visit them. Our Forums have also had these discussion and are a bustling trade and competitive section for the games. Be sure to like our FaceBook Page.
Last Update: 21:16 BST
Edit @ 08:48: Pokťmon Comaster | Edit @ 12:26: Episode Pictures + Character Biography | Edit @ 14:06: Pokťmon GO News | Edit @ 16:54: Shaymin Event | Edit @ 20:07: Nintendo Badge Arcade

Some potential new Pokťmon have somehow leaked onto the Internet. It is not currently known from where these leaks have come but they appear to be from some videos that must have been uploaded from somewhere as several videos were uploaded, backing up authenticity. It's not clear when these specific Pokťmon are to be revealed so as they are unofficial releases, I have hidden them into a spoiler tag so click at your own risk. Note: English names are from the leaks and are subject to change
Edit @ 11:11: Now confirmed with an official trailer. It confirms that Tapukoko is Electric/Fairy and the ability Elec Maker which automatically turns the field into Electric Terrain. Charjabug is Bug/Electric. Vikavolt is Bug/Electric. Drampa is Normal/Dragon. Bruxish is Water/Psychic. Cutiefly is Bug/Fairy and Togedemaru is Electric/Steel-type
Edit @ 11:47: Updated our New Pokťmon, New Abilities & New Attacks pages 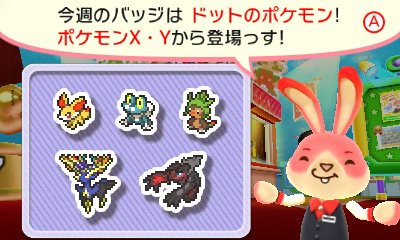 The free piece of Nintendo 3DS software, Nintendo Badge Arcade, had its weekly update in Japan. This week it has once again introduced multiple panels of badges of Pokťmon to earn. These panels include various more new Pokťmon to the ones previously obtainable. We're currently cataloguing all of these badges and will update our Nintendo Badge Arcade section shortly.
Edit @ 21:16: All 12 panels and 79 badges have been added 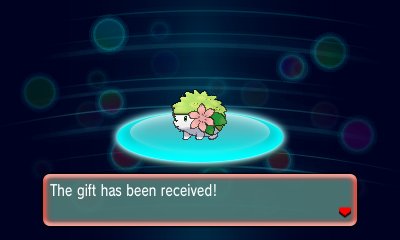 For those of you in Europe & Australia, the Shaymin event is now available on Pokťmon X, Y, Omega Ruby & Alpha Sapphire games. This event is available through Mystery Gift > Receive Gift > Get Via Internet and gives you the Mythical Pokťmon Shaymin, which can't be found in the wild. With this, you can also get the Gracidea to get its Sky Forme. This event is only running through to July 24th so get while you can. It'll be added on North American games later today. Our Event Database has been updated with full details of this event
Edit: Now live in North America

The Pokťmon Comaster app has had an update and with this update, the Trevo has been updated to add several new figures. These figures are Zygarde 50% Forme, Torterra, Chimchar, Xatu and Shiftry with Mewtwo, Blastoise, Absol, Froakie and Scyther being removed. Our Figures section has been updated with the new figures
In addition to this, it has been announced that a special deal has been announced for the Diamonds, increasing the amount you can purchase by 50%. This runs until July 6th 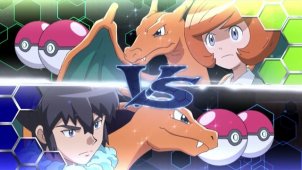 As usual, we have done pictures from the episode that aired in Japan today. This episode features the commencement of the Kalos Pokťmon League. The AnimťDex has been updated with the contents of this episode. Click the picture to go to the gallery but be warned however as they contain spoilers. 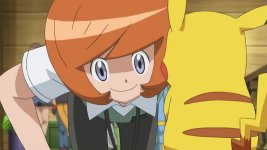 With the episode that just aired in Japan, I have been able to update a biography. This biography is for the character, Trevor and features some Pokťmon he uses that were introduced in the preview for this week's episode. Click the image to go to the biography, but be warned as it contains spoilers