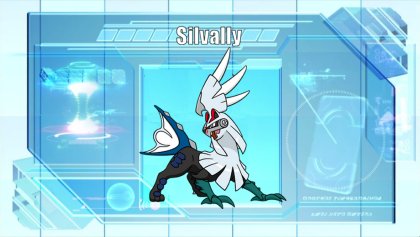 Silvally, The Synthetic Pokťmon. A solid bond of trust between this Pokťmon and its Trainer awakened the strength hidden within Silvally. It can change its type at will. The final factor needed to release this Pokťmon's true power was a strong bond with a Trainer it trusts. It has the ability to change its type based on the memory it's holding.

Silvally is the epitome of Jack of All Trades, Master of None. Silvally does have a lot going for it. Balanced stats, an extremely diverse movepool and the ability to become any type make an extremely flexible Pokťmon able to fit a slot in any team. Even the generational shift was kind, buffing Silvallyís signature Multi-Attack to a variable STAB base 120 Attack with no drawbacks, as well as the rise of Knock Off, which Silvally ignores if holding a memory.

However, this does not compensate for Silvallyís shortcomings. Aside from HP, its balanced stats are just below average, preventing it from excelling against more specialized Pokťmon. Its expansive movepool is still missing key moves that would have it excel at any role, namely entry hazards and reliable recovery. Finally, the fact that its type changing ability eats up the Item Slot prevents Silvally from making the most out of its other typings. Silvally is a fun and flexible gimmick Pokťmon that struggles to make a niche against other Pokťmon of its current type.
Positives
The RKS system, wide range of coverage and balanced offensive stats ensures Silvally has a coverage move for nearly every situation.
Parting Shot is an excellent Pivot move that helps Silvally setup for a teammate.
Multi-Attack is arguably the best STAB move in the game.
Negatives
Lackluster stats and an ability tied to its gimmick prevent Silvally from excelling at any role, meaning that it is outclassed regardless of form.
Only the Normal Form can use other Items, hampering Silvallyís effectiveness.
Moveset is missing key moves such as recovery for defensive sets, Nasty Plot and Speed boosting moves for offensive sets, hindering Silvallyís capability at those roles.

Silvally exercises its good speed and bulk to disrupt the enemy team sabotaging enemy sweepers while creating setup opportunities for Silvally's own teammates. Fairy typing is preferred here thanks to its wide array of resistances including to Knock Off, while only having rare weaknesses, allowing it to pivot into threats like Noivern, Grimmsnarl, and Urshifu-Single, cripple the switch-in with Thunder Wave (or KO them with Multi-Attack), and Parting Shot out to a team mate how can capitalize on the paralyzed weakened target. Rinse and repeat until Silvally is Knocked Out. Multi-Attack is impressive STAB even uninvested and can 2HKO most neutral targets that don't invest in bulk. Flamthrower rounds out the set, melting Steel types that otherwise can come in on Silvally unhindered.

DYNAMAX:
This Silvally set is not recommended to Dynamax as that locks you out of Parting Shot and Thunder Wave, the crux of this set.

EVs and Items:
Max Speed enables Silvally to get the jump on as many targets as possible, so it can pivot out without taking too much damage. Max HP is to maximize Silvally's durability, to maximize the hits Silvally can take while spreading paralysis. Fairy Memory is the recommended item due to Fairy's good match up, but the Steel, Ghost, and Fire memories also have good defensive spreads and may be considered.

Other Options:
Toxic -Better option than Thunder Wave against defensive teams, but Silvally-Fairy draws in Poison Immune Pokťmon fairly often and the chance to not attack from Thunder Wave is always useful.
Defog -Fantastic team support move though Silvally can't run Heavy Duty Boots without giving up its Memory.
Surf/Grass Pledge -Coverage options for Silvally-Fire that pair well with both Multi-Attack and Flamethrower.

Partners:
Setup Sweepers love this set, able to take advantage of the crippled state that Silvally leaves its opponents in to setup and go for the sweep. Salazzle, Crawdaunt, and Toxicroak are examples of setup Sweepers that can capitalize on the opportunity. Dracovish enjoys the Paralysis spreading for its own Fishious Rends while taking advantage of Silvally-Fairy's ability to answer Dragons. Pokťmon that can provide healing help Silvally recover from repeated hits and remain as an active pivot on the team. Rillaboom stands out for providing recovery in Grassy Terrain and being a fellow pivot with U-Turn as does Mesprit. Blissey and Vaporeon can address status with Heal Bell in addition to their ability to pass Wish.

Double Dance Silvally. Use Swords Dance and Flame Charge to boost Silvallyís Attack and Speed depending on the situation and go for the sweep in the late game. Multi-Attack Fighting and Crunch have complimentary coverage aside from the shared resistance to Fairy, while Iron Head does cover against Fairy ands the other Fighting resists for neutral damage.

DYNAMAX:
Double Dance Silvally can utilize Dynamax effectively after setting up, using Dynamax to further setup and devastate the opposing team. Silvally-Fighting can utilize Max Knuckle to further boost its attack, or skip the Swords Dance and go straight for the Dynamax after a Flame Charge. Silvally-Flying can escalate its Speed after setting up a Swords Dance with Max Airstream, as can Silvally can do in a roundabout way with Max Strike.

EVs and Items:
Standard Sweeper Array of Max Attack and Speed to enable as much damage as possible post setup. In addition to the Fighting memory, Flying, Ground and Dragon memories all have excellent typings for a physical sweeper, though gaps in Silvallyís moveset ensures that it canít cover everything. Life Orb can also be considering due to how complimentary normal and Crunch are.

Other Options:
Rock Slide -Silvally-Ground has its Grass and Bug resistances covered by Flame Charge, leaving Rock Slide as the premier answer against Flying types.

Partners:
Double Dance Silvallyís partners are largely dictated by what gaps it has in its moveset. Almost universally, special attackers like Nidoqueen, Galarian Articuno, and Inteleon compliment Silvallyís physical prowess, breaking through walls that otherwise could otherwise stymie a Swords Dance boosted assault.
Silvally-Fighting enjoys teammates that can answer Fairy, Flying, Ghost and Psychic types, like Drapion, Aggron, and Aegislash. Silvally-Flying appreciates Ground types like Passoland, Quagsire, and Mamoswine who can cover its weaknesses/resistances to its STAB. Silvally-Dragon prefers Steel types that cover opposing Steel, Ice, Dragon and Fairy types such as Magnezone, Lucario, and Bronzong. Finally, Silvally enjoys answers to Fighting types such Ribombee, Scoliopede, and Hatterene.

No single Pokťmon can cover every Silvally. Even with its mediocre stats, Silvally is far too flexible to guarantee a one hit knock out. However, gaps in its moveset and its own shortcomings means that some answers work more often than others.
Thanks to Multi-Attack, access to Swords Dance and lack of Special boosting moves outside of Work Up, and Special boosting items locked to normal form, most Silvallys are predominantly physical, so answers against Physical Attackers such as Weezing, Muddsdale, and Skarmory suffice against the Swords Dance variants.
Special Silvally find Blissey and Chansey impossible walls to overcome thanks to lack of boosting moves and no Special Fighting coverage.
Silvally has no Ground and Fairy coverage moves and only Reversal for Fighting coverage, so Silvally types that struggle against these types can be forced out. Support Silvally is more difficult to handle than others, as Silvallyís job is to create openings for its teammates. Competitive and Defiant Pokťmon like Milotic, Bisharp and Falinks all punish Parting Shot hard, turning it into free setup for them. Entry Hazards add up quickly as well, due to the amount of switching and lack of Heavy Duty Boots and Leftovers on non-normal Silvally.

Sword/Shield:
Not in game 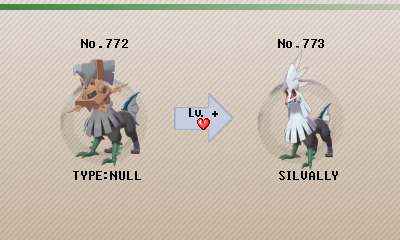 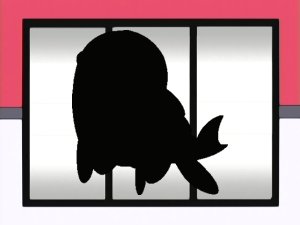 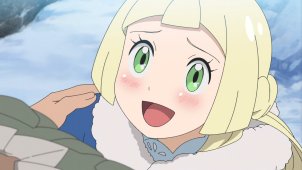 Episode 1200
Mohn and Lillie: A Reunion on the Tundra! 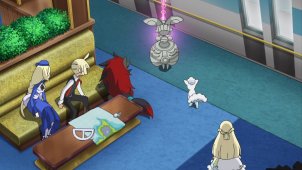 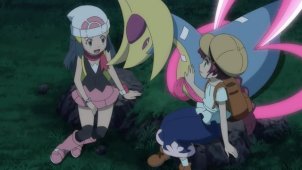 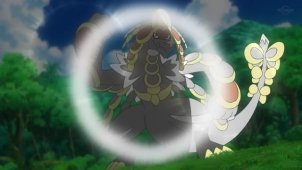