Umbreon, The Moonlight Pokémon. The light of the moon changed Eevee's genetic structure. It lurks in darkness for prey. When exposed to the moon's aura, the rings on its body glow faintly and it's filled with a mysterious power. Umbreon evolved as a result of exposure to the moon's waves. It hides silently in darkness and waits for its foes to make a move. The rings on its body glow when it leaps to attack.

Umbreon has always been a fan favorite ever since its introduction in the second generation. Even among Eevee evolution fans, Umbreon is a big favorite so it's always had popularity going for it. However, in the world of battling Umbreon hasn't always had quite an easy time. Umbreon suffers greatly from being a defensively focused Pokémon with an unimpressive defensive typing and not enough tools to justify using over other options such as Chansey, Clefable or Slowbro. An added Fairy weakness has also done Umbreon no favors to its glaring lack of resistances that make Pokémon like Skarmory and Gliscor so effective, Umbreon probably won't be competing with the best of best anytime soon. Disappointing base 65/60 offenses also mean that offensive sets are completely out of the question too. That being said, Umbreon has never been particularly bad either. No matter how you look at it, Umbreon boasts very impressive bulk and that alone has done plenty to help it stand out as an effective cleric. While its typing isn't exactly great for a defensive Pokémon, it also isn't outright terrible and only gives it three weaknesses, so it's not something drastically unsalvageable like Vespiquen's unfortunate role as a defensive Bug/Flying type. Moves like Wish and Heal Bell also give Umbreon plenty of utility on defensive teams for its ability to cure status and generally heal its team, and Foul Play salvages its otherwise glaring lack of offensive presence while giving it a useful tool to threaten physical sweepers. At the end of the day, Umbreon is and always has been better than average, but while that's certainly not a bad thing it's a good indicator that Umbreon probably isn't going to be a common sight in high level play. However, if you're looking for one of the better Eevee evolutions in competitive battling, Umbreon is a respectable choice.
Positives
+ Umbreon boasts very impressive 95/110/130 bulk, so it has more than enough bulk to fill defensive roles.
+ Access to Wish and Heal Bell makes a cleric a natural fit for Umbreon, and with respectable base 95 HP it's got enough HP for a Wish passer. Reliable recovery in the form of Moonlight is also helpful, although it's not as good as other recovery moves.
+ Synchronize punishes other walls that might be trying to break it with Toxic, made more effective by Umbreon's access to Heal Bell to simply cure itself.
+ Foul Play is a strong option on a defensive Pokémon, giving Umbreon a way to threaten physical attackers who might otherwise try to set up in front of it.

Negatives
- Umbreon has very unimpressive 65/60 offenses, so there is no hope of an offensive set being viable. Yes, Umbreon gets Curse. No, it isn't good.
- Speed is not one of Umbreon's strong points. Base 65 Speed could be much slower for a defensive Pokémon but this makes it easier to pressure Umbreon with faster wallbreakers due to its reliance on Wish or Moonlight's low PP.
- Dark typing is far from the worst for something defensive like Umbreon, but weakness to the dangerous Fighting-type and Fairy-type is rough when all you have is a Psychic immunity and Dark and Ghost resistances to make up for it. The lack of resistances in particular make it harder for Umbreon to find easy switch-ins sometimes.
- While it has Foul Play to deal with physical setup sweepers, Calm Mind users like Suicune give Umbreon an awful time as it has no way to deal with them.

Synchronize: When this Pokémon becomes Poisoned, Paralyzed, or Burned, so does the opponent. However, Fire-type and Water Veil ability Pokémon cannot be Burned, Poison-type and Steel-type and Immunity ability Pokémon cannot be Poisoned, and Limber ability Pokémon cannot be Paralyzed. While this is by no means an amazing ability, it's certainly useful enough on a defensive Pokémon like Umbreon. Punishing attempts to cripple Umbreon with status can make an opponent think twice about how to deal with Umbreon, especially with Heal Bell being able to cure it.
Hidden Ability (Available):
Inner Focus: This Pokémon will not flinch. Does not prevent flinching with Focus Punch. This is also not an overly impressive ability, and generally less useful than Synchronize. However, if you're tired of flinches costing you games Inner Focus isn't a terrible option. You aren't losing too much by giving up Synchronize, though for the most part Inner Focus is just an inferior option.

Umbreon isn't exactly diverse, but it makes up for it by simply being an effective cleric. Foul Play is the only attacking move Umbreon should be running, threatening physical attackers that might try to set up on it or take advantage of its lower physical defense. Wish is one of Umbreon's primary draws, as it has enough bulk to use it for healing its teammates as well as itself. This works well alongside Protect to help it survive and heal with Wish, which fits well on defensive teams that typically rely on status moves like Toxic to wear down opponents. However, this can also be predictable and give the opponent an easy switch into something that threatens Umbreon greatly, so this can't always be used without worry of retaliation. Moonlight can be used in place of Protect if you're worried about predictable Protects and gives Umbreon more reliable recovery, but tends to be a bit redunant with Wish. However, Umbreon should not be dropping Wish for Moonlight because Wish passing is one of the primary reasons you should be using Umbreon in the first place. Heal Bell is used in the last slot to round out Umbreon's utility as a cleric and cure status from its party, which is useful for defensive and offensive teams alike. This synergizes well with Synchronize too so wearing down Umbreon with status moves is usually not going to work. However, Heal Bell also has very low PP so this can't be abused forever either.

A Calm nature with maximum HP and Special Defense investment takes full advantage of its superior special bulk. However, a more physically defensive spread can also be used since Umbreon still has impressive Special Defens even without investment. A physically defensive spread is also generally a more effective alternative in a 3v3 format where most threats are primarily physical attackers as well. Leftovers is a natural item choice to help Umbreon survive as long as possible, and Synchronize is typically the ability of choice to punish status that can be cured by Heal Bell anyway.

- Taunt can be used to stop threats like Suicune who would otherwise have little trouble trying to set up in front of Umbreon. This is also effective for stopping status, though Umbreon doesn't really mind status too much. Taunt is also difficult to make room for since Umbreon really wants all of the moves it normally runs anyway.
- Toxic pairs well with Wish and Protect to help stall out opponents. However, doing so means dropping either Foul Play or Heal Bell, both of which are very difficult to give up
- Baton Pass is still useful without running a boosting move to gain momentum against an expected switch-in. Given that defensive teams might already have something else to handle status, this can be a viable alternative if Heal Bell is not needed.
- Rocky Helmet is typically more viable in a 3v3 format where battles are often too short for Leftovers to be useful enough. Given that Umbreon is typically physically defensive in these formats, Rocky Helmet is a very effective item choice.

Umbreon, like a grand majority of the Eeveelutions, is just one of those Pokemon that takes a pinch of extra effort to get the Pokedex entry, more than leveling up, more than breeding with an item. Does the time taken to get the Dark side of Eevee pay off in battle?

This set aims to disrupt/punish the opponent in multiple ways while still being supportive of it's partner. Foul Play and Swagger go hand in hand until the opponent isn't confused anymore. Screech + Foul Play may seem safer, but Screech has lower Accuracy despite the partner being able to take advantage of the lowered Defense. Snarl is to annoy the Special Attacking Pokemon by forcing a switch or forcing a 2KO to be a 3KO or lower, giving the partner ample time to do some work.

Being Dark Type means Xerneas will happily destroy any Umbreon in the way, so having a Pokemon that makes Xerneas uncomfortable is key. Some Aegislash, Mawile, and Scizor could do the trick. Umbreon falls short in having a shallow movepool and in general being weak to fairy when Pixilate Hyper Voice became popular, and Xerneas being the monster it is. In an environment without restricted Pokemon, Umbreon may shine in a niche role, but otherwise right now the defensive supportive/disruptive pokemon to use right now is Cresselia.

Umbreon may be incredibly bulky, and unlike most defensive Pokémon it usually isn't enough to just hit it hard. It lacks many resistances so powerful wallbreakers can be problematic if they can quickly overwhelm it, but with Wish, Leftovers and Protect, it can definitely handle heavy hits. The best way to deal with Umbreon is Fighting-types, which are particulary problematic for the resistance to Foul Play forcing Umbreon out. Specially defensive Umbreon also fears physical attacks even more than usual so Pokémon like Machamp, Lucario and Mienshao are effective answers to Umbreon. Lucario in particular is also immune to occasional Toxic from Umbreon so that can possibly be a free turn to set up if Umbreon doesn't have Baton Pass to escape such a situation. Bug-types are not common, but Heracross and Mega Beedrill can do big damage to Umbreon and the former becomes more dangerous if it gets hit by Toxic upon switching in. However, Beedrill cannot switch into Foul Play at all so it can only really U-turn out, but this is still great momentum against Umbreon's team. Fairy-types such as Florges, Gardevoir and Whimsicott can also threaten Umbreon, with Florges in particular threatening to set up if it runs Calm Mind. By extension, Suicune also doesn't mind anything that Umbreon throws at it and can also threaten a Calm Mind sweep if given the opening, so Umbreon has to be very careful with a few specific setup sweepers unless it runs Taunt. Umbreon itself is also not a fan of Taunt, as its only source of direct damage is Foul Play which isn't doing much unless the opponent has a high Attack stat. This will often force Umbreon out and not directly stop it from simply coming in later and trying the same thing, but the free turn that this provides can be critical. More decisively though, Trick can put an end to anything Umbreon wants to try, as it's effectively crippled if the opponent gives it a Choice item. This makes Umbreon far easier to deal with as it can no longer do its job without being immediately forced out on the next turn. As with most defensive Pokémon, Umbreon is a tricky one to deal with due to its incredible bulk, reliable healing and lack of many crippling weakness. However, its largely passive nature is a big weakness to take advantage of so with proper preparation it shouldn't be too difficult to deal with.

FireRed/LeafGreen:
Evolve an Eevee in another game and trade 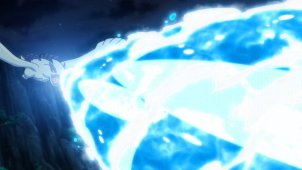 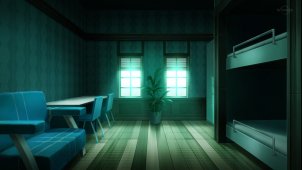