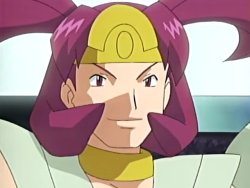 Tucker is the leader of the Battle Dome. With the Dome being a public displayed event, Tucker decides to use it to put on a show to the viewers and dresses accordingly. In the Battle Dome, he has set that the battles are always Double Battles and the first person to lose a Pokémon loses the match. This requires a lot of strategy on both sides. Tucker is a compotent battler and utilises many strategies into his battles optimising his Pokémon's strengths to take on any challenger.

Tucker has worked up the ranks and competed to be a Frontier Brain and now runs the Frontier Facility; The Battle Dome. He gives the Tactics Symbol to trainers that defeat him.