One of the less important game mechanics that is fully understandable without the use of complex equations and such is Happiness. It isn't really the most helpful game mechanic in battle unless you're speaking of the moves Return/Frustration, but it is a game mechanic anyhow. The other use for happiness would be for evolution purposes, which can obviously be an important factor for stats. Anyway, lets start off with some basics.

Logic would suggest that when you catch a Pokémon, it's not going to like you, but it's not going to hate you either. There's a way to increase the Happiness of a Pokémon that you've caught immediately as well, and that's by using a Luxury Ball instead of a regular Pokeball (or any other ball for that matter). Of course, you cant use Luxury Balls on hatched Pokémon, so that shortcut is kinda useless if you are a breeder. There are lots of other ways to influence happiness however, so it's not that important.

Happiness is actually as easy to influence as eating a piece of toast or turning a doorknob, or whatever other comparisons you can think of. The things that will raise happiness are plentiful and each raise different values, with the values changing based upon how happy your Pokémon is already

Items in Join Avenue, the Juice Shoppe & Festival Plaza will also increase happiness various levels. Putting your Pokémon into Isle Avue in the Poké Pelago in Sun & Moon will also boost happiness for the first 24 hours, before lowering it.

Note: Trading or transferring the Pokémon will reset the Happiness to its Base Value. Each Pokémon has a different base happiness.

And of course, there are things that will frustrate a Pokémon, causing it to dislike you. These actions include:
-Feeding it bitter food
-Letting it faint continuously in battle

If you capture your Pokémon in a Luxury Ball, the increase in happiness is much larger than if in a normal ball. 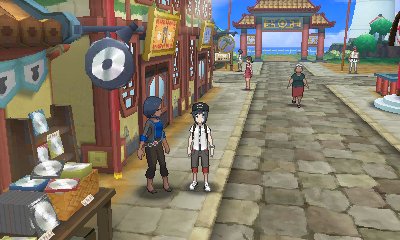 There's also one item that influences happiness; the Soothe Bell. As for what it does, it increases the amount of happiness gained.

So you're probably wondering (or already know) how to check on your Pokémon's happiness without a fancy equation or whatever. Well, you can easily check on it at one of the houses in Verdanturf Town (Ruby/Sapphire/Emerald/OmegaRuby/AlphaSapphire), Daisy in Pallet Town (FireRed/LeafGreen) or a girl in Goldenrod City. There's a lady in one of the houses in that town that will enlighten you on how much your Pokémon likes you. In Unova, there are two people who will give you a Happiness check. In Nacrene City is one who will give you a broad spectrum while in Icirrus City's Pokémon Fan Club is a woman who will give you the details. In Black 2 & White 2, Bianca will give you details too via the Xtransceiver. In X & Y, it's given by a girl in Laverre City and in Sun & Moon you can find the happiness checker in the road of Konikoni City. The statements are as followed

In Diamond, Pearl & Platinum, there is a Pokétch application that will show you the happiness of your Pokémon in your party simply by tapping them. It will be shown as hearts. There are various levels including one small heart, two small hearts, two big hearts and two large hearts. The two large hearts being the optimum happiness level. There is also a person, Dr. Footstep in Route 213, who'll give you the footstep ribbon if you show him a Pokémon with maximum happiness 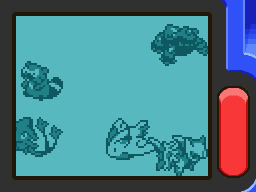 So as for Return/Frustration, they work best when they're happiest/unhappiest respectively. Now seeing as it's so simple to gain happiness, I don't see why you'd want to use Frustration at all. Anyway, they're both Normal attacks and when the happiness is maxed out, the base attack is 104.

Finally, you have the ability to manipulate the Pokémon's happiness in Pokémon Black 2 & White 2 using the special items purchasable in Join Avenue. These items can be purchased once a day and can boost the happiness of the Pokémon drastically.

To evolve Pokémon via happiness, you must reach 220 it by doing the above efforts, once that is done, you can evolve your Pokémon by making it raise a level either through battle or a Rare Candy. Below are all the Pokémon that evolve through Happiness and what they evolve into:

And thats all there is to this relatively simple game mechanic.

Thanks to Dragonair for writing this for us